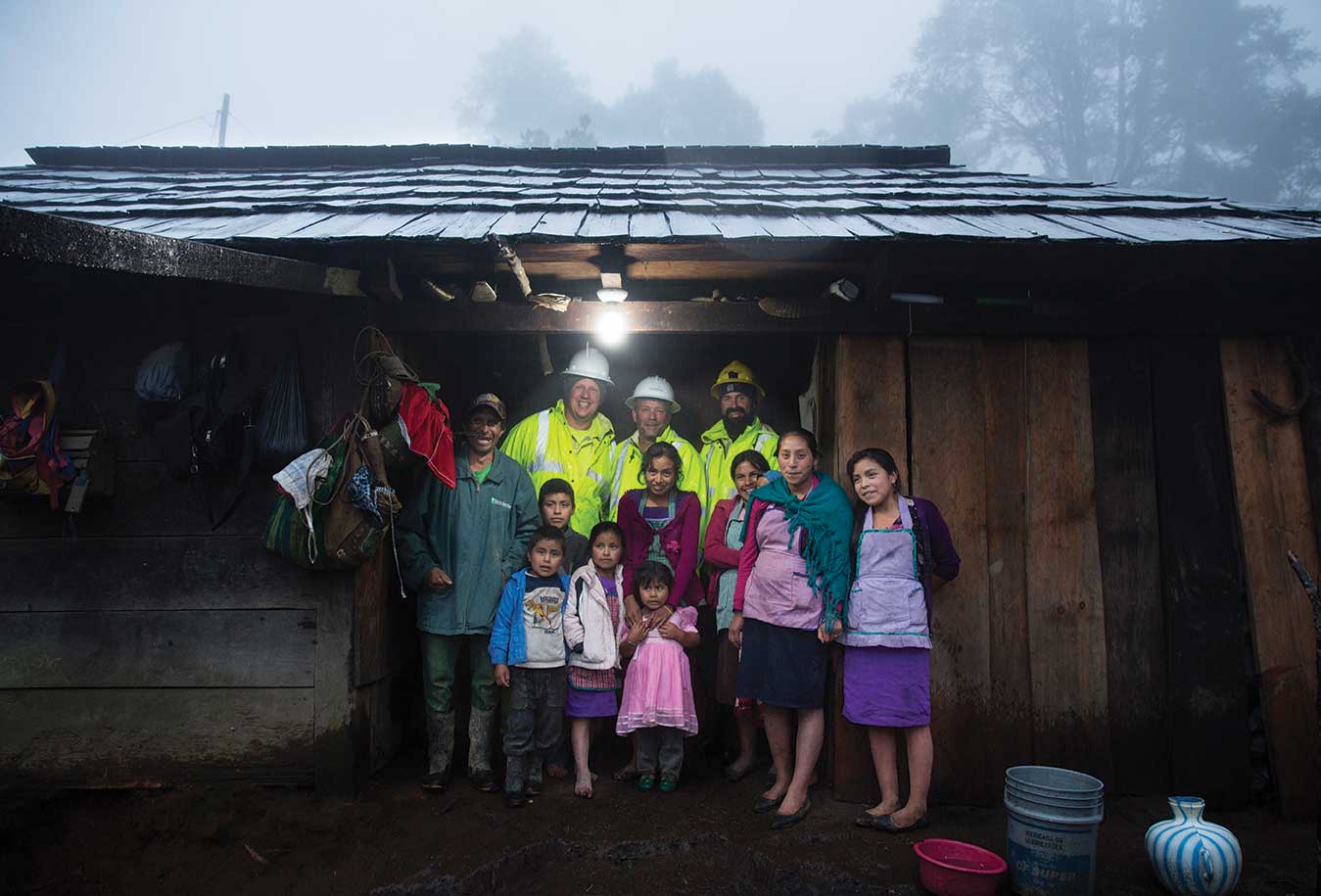 In rural Guatemala, not far from the border with Mexico, is a tiny village called Buena Vista and it is just that—a “good view.” Set amongst the mountains, with peaks poking through the clouds—it’s a magical sight. At least during the day.

At night, the small town disappears into the fog banks and darkness due to a simple reality— Buena Vista did not have electricity.

Which is why in early 2015, Michigan electric co-ops partnered with the National Rural Electric Cooperative Association (NRECA) International, an organization that helps developing countries gain access to safe, reliable and affordable electricity, to bring power to approximately 54 families in Buena Vista. Lineworkers from five electric co-ops in Michigan packed over 1,500 pounds of luggage, equipment and tools and traveled to Buena Vista to do just that.

“On the day we arrived, we realized that all of the villagers—men, women and children—had gathered there to greet us. It was humbling to see so many smiling faces, all filled with such joy and gratitude, because they knew we had come to help bring them electricity,” said Brad Parkhouse, HomeWorks Tri-County lineworker. “They expressed how grateful they were to us for coming, and we told them how happy we were to be there. It was emotional, really.”

The Michigan lineworkers discovered that local residents had already hand-dug and set all of the electric poles. With the mountainous terrain, the lineworkers remarked how difficult that task was, particularly without the power tools that would have been used stateside for such an undertaking.

Over 12 days, the Michigan lineworkers and their unofficial team of about 40 local residents prepared poles (by climbing them the old fashioned way, no bucket trucks here) and hanging wire.

“I thought I was a hard worker until I met these people,” said Trevor Stratton, Wolverine Power lineworker. “They’re pulling wire into the valleys where the elevation drop is incredible…I don’t know how we could ever do this job without them.”

While electric power is taken for granted by those in the United States, it is seen as nothing short of a lifeline to this community—which is likely why the local people were so committed to making it happen in their small town. It promises improvement in health care, safety, education and economic growth. Power is the spark that changes communities, provides opportunities, and ignites imaginations. While the social and economic impact is nothing short of staggering—the experience for the team of 10 linemen did not lie in the metrics, but the experience itself.

“One of the locals, Ofelia De Leon, invited several of us to be with his family when the lights came on in their house for the very first time,” said Dan King, Michigan Electric Cooperative Association safety instructor. “You could feel the anticipation in the air as we all gathered together inside their small mountain home. Ofelia had the honor of flipping the switch, and when the light came on everyone began clapping. The room radiated with happiness—there was plenty of smiling, laughter, and even some tears. It was a very emotional experience, and by far my proudest moment in 26 years of linework.”