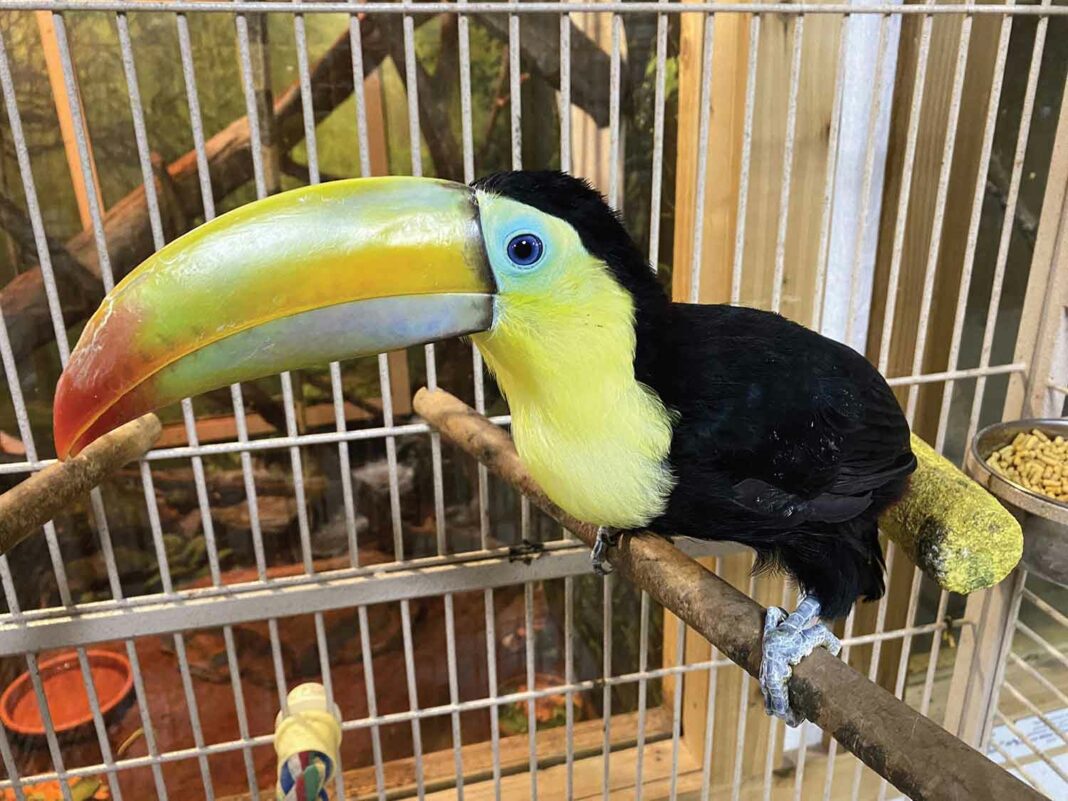 When you are exploring the Upper Peninsula, whether in vacation mode or simply tooling around your hometown, there is a sense that the “wild” is a real and beautiful part of the lifestyle up there. When Gary and Lynn Moore, both natives of lower Michigan, decided to move to the U.P., this was certainly part of the draw. While the two had been visiting for years before they relocated, they weren’t entirely sure what they were going to do once they settled in.

“We love the outdoors and love the pace up here,” said Gary Moore, owner of GarLyn Zoo Wildlife Park. “And we’ve always loved and owned animals, even weirder ones like potbelly pigs, pygmy goats, and peacocks, and we just decided—let’s open a zoo.”

In the spring of 1994, with that love of the outdoors and animals in mind, the Moores bought 33 acres of land along U.S. 2 for their then-imagined zoo. They opened in the summer, with just a handful of animals to attract visitors. While things started slowly, the Moores started mapping out fenced-in areas and building giant habitat structures for their bigger animals. The zoo seemed to melt into the surrounding federal and state forests with towering red and white pines, birch, maple forests on all sides, and beautifully cedar-mulched trails. Now, a wide variety of animal habitats cover about 10 acres of the Moores’ property.

“We build with what we have, when we need it,” said Gary. “But most importantly, we try to keep the animals in comfortable and as natural of a setting as we can.”

These natural settings house everything from pet-worthy goats, llamas, and potbelly pigs to exotic binturong and lemur to big majestic cats like the African lions, cougars, and snow leopards.

Many of the animals have been rescues or were facing displacement. And the Moores, including their daughter Mary, who currently oversees operations and is preparing to take over when her parents decide to retire, have always tried to take in animals in need of a home. The zoo’s first bear, Millie, was brought to them as a cub and had really connected with Mary. So connected that Millie would wail when Mary left her sight. The solution was a buddy for Millie, who came in the unlikely package of King, a dog the Moores were introduced to at the local animal shelter, who wasn’t having any luck finding a home of his own. Once Millie and King met, they were best friends from there. They’ve let another bear, Hutch, into their circle, and visitors delight in watching them play together, often calling it the highlight of their visit.

GarLyn Zoo Wildlife Park has so many great stories about their animals, and the staff speaks about the animals as if they’re members of their family. As the Moores head into their 29th year of the zoo’s opening, Gary is reminded that it has always been worth it, while it’s not always been easy.

“We love these animals, and we love sharing them with the folks who visit us,” said Gary. “Plus, we’ve always been too stubborn to give up.” Sounds like a true Yooper, indeed.

Wishing you could be at GarLyn Zoo Wildlife Park right now? While the zoo is only open from May 1 through the end of October (depending on that finicky U.P. weather), the zoo’s Facebook page is updated frequently with amazing videos (like bears taking baths and snow leopards playing hide ‘n seek) of the animals year-round. Prepare for an overdose of cuteness with their ”Tongues Out Tuesdays,” where the animals are sticking out their tongues and give you every reason to say “awwwww….”