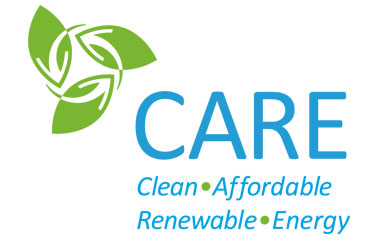 In the coming weeks, electric co-op members throughout the state will be bombarded with print, radio and TV advertisements on the initiatives that will appear on the Nov. 6 general election ballot. It will probably be an election season “media barrage” like we have never seen in Michigan.

My sense is that this barrage of advertising will be relentless, confusing and frustrating for most of us. However, there is one ballot initiative that your electric co-op is particularly interested in, and strongly opposes. You will be able to learn more about it in coming issues of this magazine, but mostly, you should be aware that this proposal is simply bad for Michigan. Let me explain.

The November ballot will, barring some last minute legal maneuvers, include a proposal referred to as the “Michigan Energy, Michigan Jobs” (or “25 x 2025 Mandate”) that would amend the Michigan Constitution to raise the state’s Renewable Portfolio Standard (RPS) to

25 percent. If passed, this means all Michigan electric utilities would be required to obtain 25 percent of their electric supplies from renewable sources, such as wind and solar, by 2025.

I believe it is critically important to point out that we already have a 2008 RPS that requires all Michigan electric utilities to obtain 10 percent of their generation supply from renewable resources by 2015. Michigan’s electric co-ops support that initiative and have already begun meeting its requirements.

Additionally, it is important to point out that the costs of constructing the renewable resources that would be required by the new proposal are expected to exceed $12 billion. This figure does not include the costs of additional high-voltage transmission lines that would be needed to move this renewable energy to the marketplace or, in the case of wind power, the new natural gas generating plants that would need to be built in Michigan to “back up” this new, intermittent wind supply.

Most importantly, the Michigan Constitution is not the place to enact energy policy. That is the Michigan Legislature’s job.

Former Michigan Attorney General Frank Kelley recently wrote a guest editorial that appeared in the Detroit Free Press in which he stated, “The Constitution is not to be used for passing independent laws for enriching special interest groups by granting them controlled power. Take it from me, ‘25 by 25’ is a power grab, and against our interests. It should be opposed by every thoughtful citizen.”

In upcoming issues of Michigan Country Lines, your electric co-op will provide further, detailed information on this “power grab” that is largely being financially supported by outstate special interest groups and foundations from California and Colorado. In the interim, I would encourage you to visit the CARE (Clean Affordable Renewable Energy) website at CAREformich.com for more information.

The Nov. 6 elections are as important as any in recent memory. Please do your part by learning more about this and the many other Michigan ballot initiatives between now and Election Day.