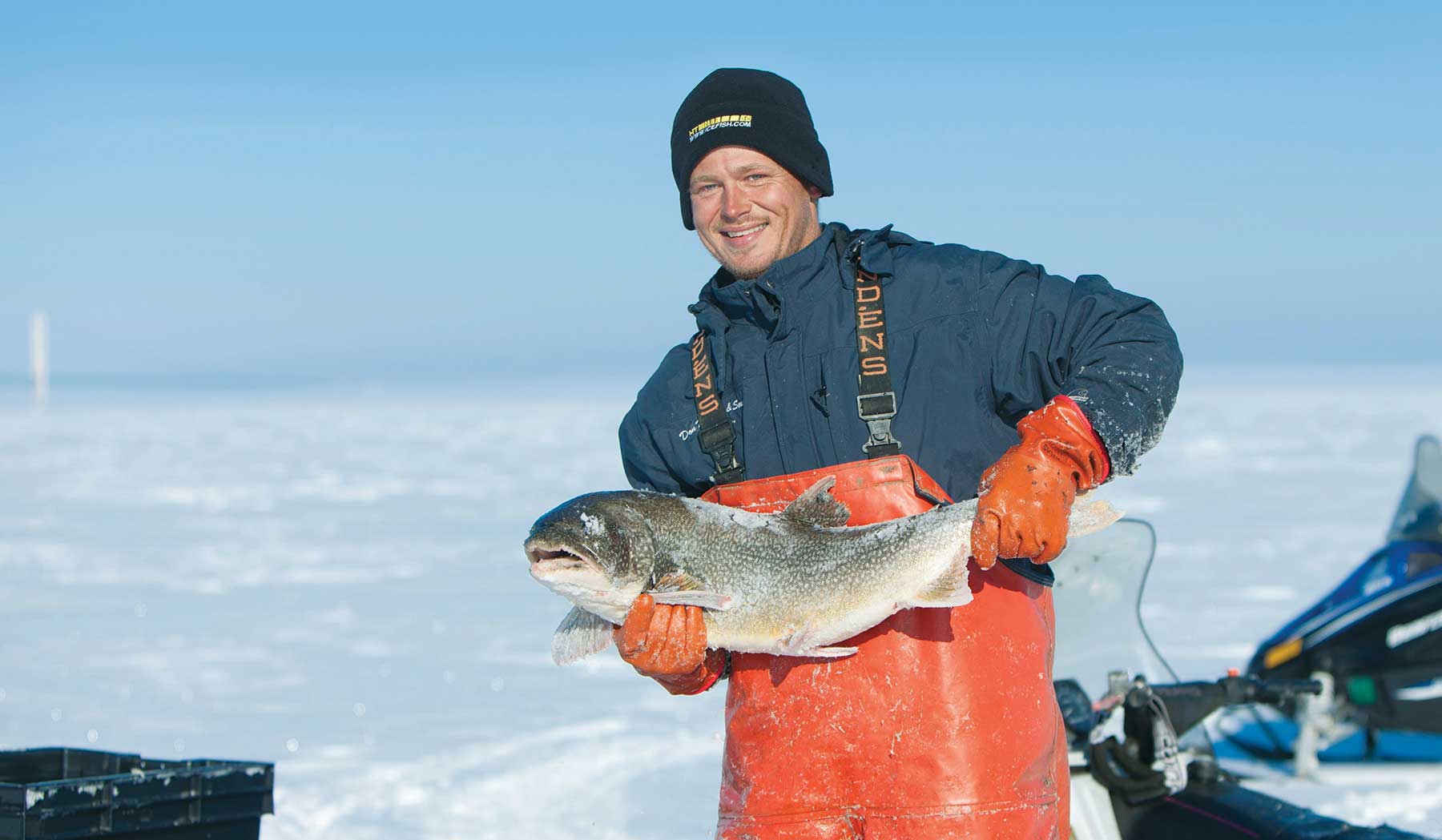 When zebra mussels or other foreign aquatic invaders find their way into the Great Lakes, the outlook can appear dire. But nature has a way of adapting and even growing. While an entire energy source can diminish and appear to threaten the survival of the fish that feed on it, miraculously, another energy source can present itself, like clouds of gnats whose larvae provided a new food option for local whitefish or menominee. It’s the power of nature and the truth that adaptability is perhaps life’s greatest form of survival.

Commercial fishermen like Jamie and BJ Massey of Massey Fish Co. in St. Ignace, Michigan, have spent their careers watching these sorts of natural phenomena unfold and have taken a cue on the power of flexibility in their own lives. The father and son, representing the fifth and sixth generations of commercial fishermen in their family, understand that you have to understand your surroundings and adapt in order to grow.

“My great-great-great-grandfather, Charlie Massey, came to the area with the Hudson’s Bay Fur Company,” said Jamie Massey, president of Massey Fish Co. “He went on to become a logger, then a commercial fisherman. Six generations later, our family is still in the business, even though it looks completely different.”

Charlie Massey likely couldn’t have imagined the massive boats and equipment his family would eventually use in the 21st century. Jamie and BJ both hold their commercial fishing licenses and have turned the small family fishing operation into a thriving business that sells its products not only all over the state, but around the country, as well as internationally. Over the last ten years, the two Masseys currently at the helm have made significant upgrades and improvements to their infrastructure, including blast and storage freezers with electric upgrades made possible by Cloverland Electric Cooperative.

“There’s no set handbook on how to grow your business,” said BJ. “You have to be quick to think and then react to the circumstances. This is something we learned on the water; you have to be agile.”

One of the key components to the company’s growth, with an approximately 25% increase in the last year, is the commitment to not only fishing the Great Lakes, but investing in the processing of its catch, including its famed smoked fish.

“As a company, we could choose to catch and sell our fish, which would allow our families to make a living,” said BJ. “But by processing and packaging it here, we’re creating
at least 20 more livelihoods and having a real impact on our community. It’s a big responsibility, but one we’re willing
to take on.”

Massey Fish Co. makes over 100 products with the fish it catches and purchases each season, which in some years has been as much as 1.5 million pounds. Its reach continues to grow as it dips into off-season fishing (November–May)—braving the harsh conditions and below zero temps. It is continually looking for market growth, and about a decade ago, found a surprising niche with farmers markets in the state. What started as testing the waters with a couple of coolers at one outdoor market has grown into its product being available at 33 farmers markets, including the largest in the state, as consumers have a sincere interest in locally-sourced and quality fish as a protein source.

“We sell what’s fresh and plentiful. And we only sell what we’d be willing to eat,” said BJ. “And I can tell you this—we’re picky.”

Their pickiness has paid off. However, their love of the outdoors and their respect for nature could be the true keys to Massey Fish Co.’s success. It doesn’t hurt that the father and son love what they do.

“I tell people, honestly, for me, fishing is like Christmas morning every day. It’s never been a job,” said Jamie. “I’ve always loved and respected nature, and when you are enthusiastic about what’s in front of you, there’s a ton of excitement. I think it’s important for everyone to find those things that spark excitement in them. Those passions can last a lifetime.”