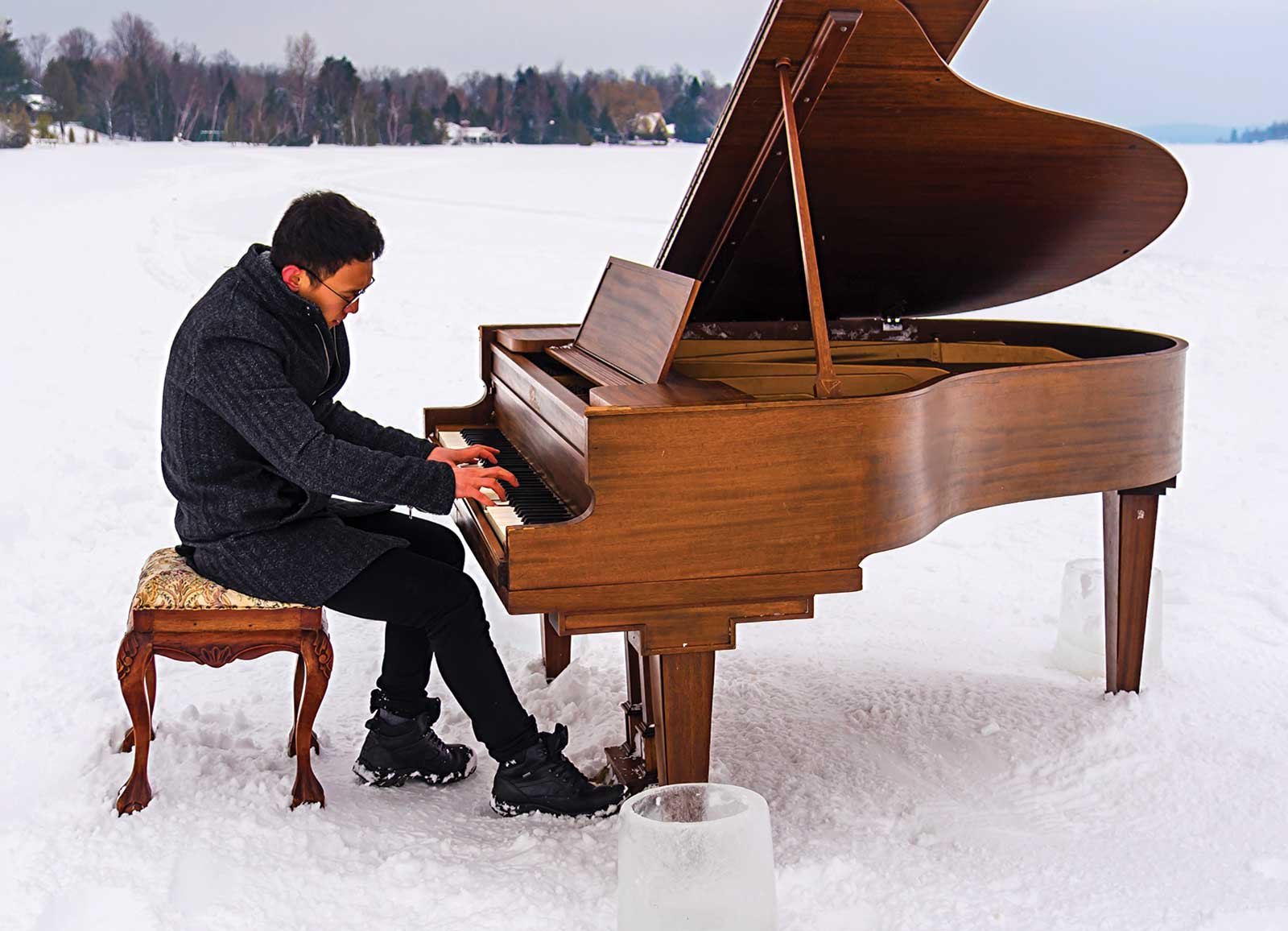 The trouble with odds is they never seem to account for passion, faith, and a positive outlook—and YoungMin You is a man overflowing with all three.

As a young boy in Seoul, South Korea, YoungMin grew up as a pastor’s son. His older sister took piano lessons, and he was fascinated from the beginning. He would mimic what he saw his sister learning, tapping out “Chopsticks” on a tiny electric keyboard. 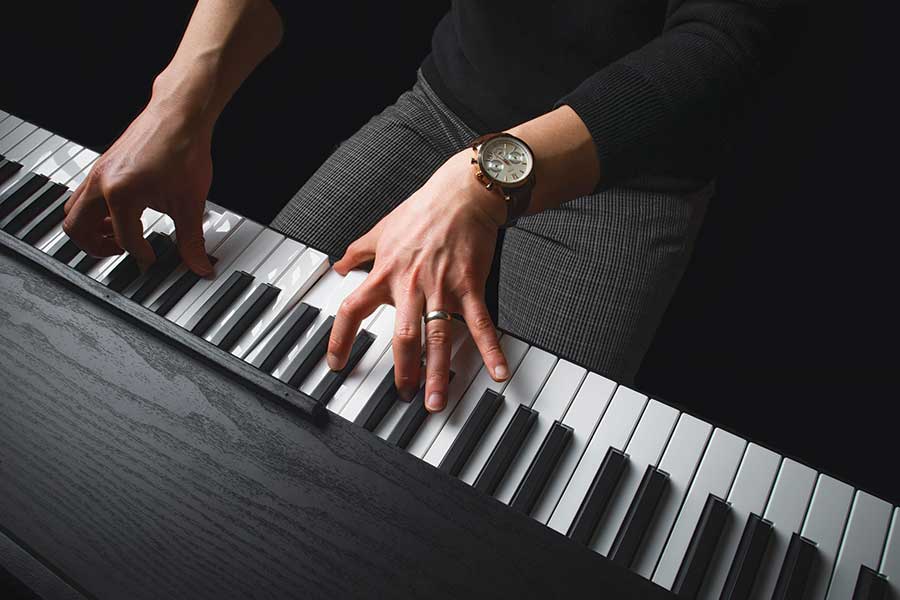 Flash forward to age 15, when YoungMin had the opportunity to study abroad in the United States, as his sister had before him. He found himself about to embark on a journey that would change his life in ways he couldn’t imagine.

As he found himself in Adrian, Michigan, his passion for music, and piano specifically, had kicked into high gear. While he was immersed in American culture and cultivating
a strong grasp of a second language, YoungMin was equally interested in learning to really play piano.

“I was just so in love with the piano, so I started teaching myself through YouTube,” said YoungMin.

“I would practice five to six hours a day. I was obsessed.”

With high school graduation fast approaching, YoungMin made the brave decision to apply to only one college—Wheaton College-Conservatory of Music near Chicago. He decided that if he didn’t get in, he would go back to South Korea.

YoungMin did get accepted at the conservatory and was quick to realize that his lack of formal training was something he would have to overcome. What were the odds that he could overcome his lack of formal education and catch up to his classmates? 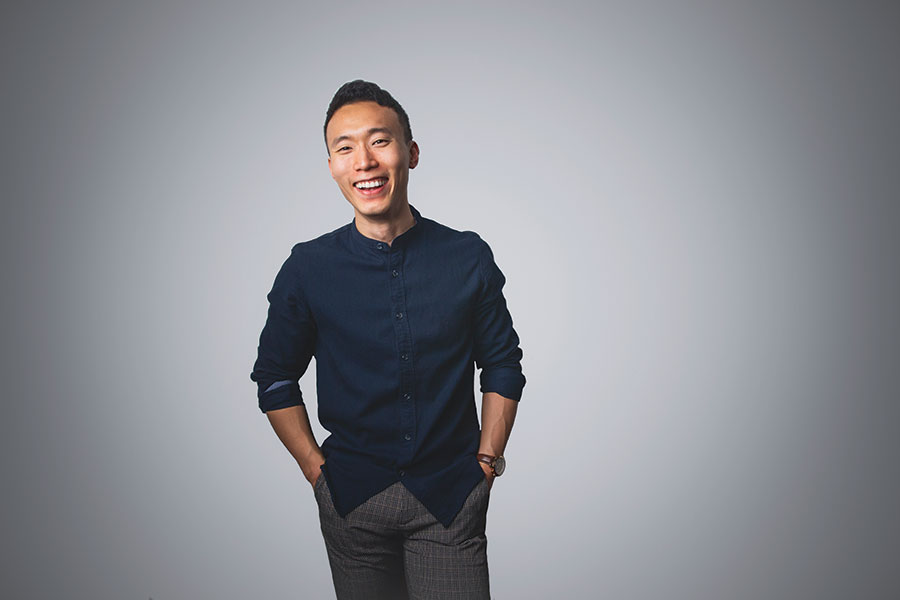 “I was so lucky to have professors who cared,” said YoungMin. “Cared, but were worried. My technique was not where it should have been, but I worked hard and got better.”

YoungMin put his heart and a positive attitude into his craft. Through his efforts, he got so much better that he ended up being top in his class that semester.

Passion and positivity may well have led YoungMin to love as well. During his first year of college, he met Chantelle, a vocal performance major, who would eventually become his wife. 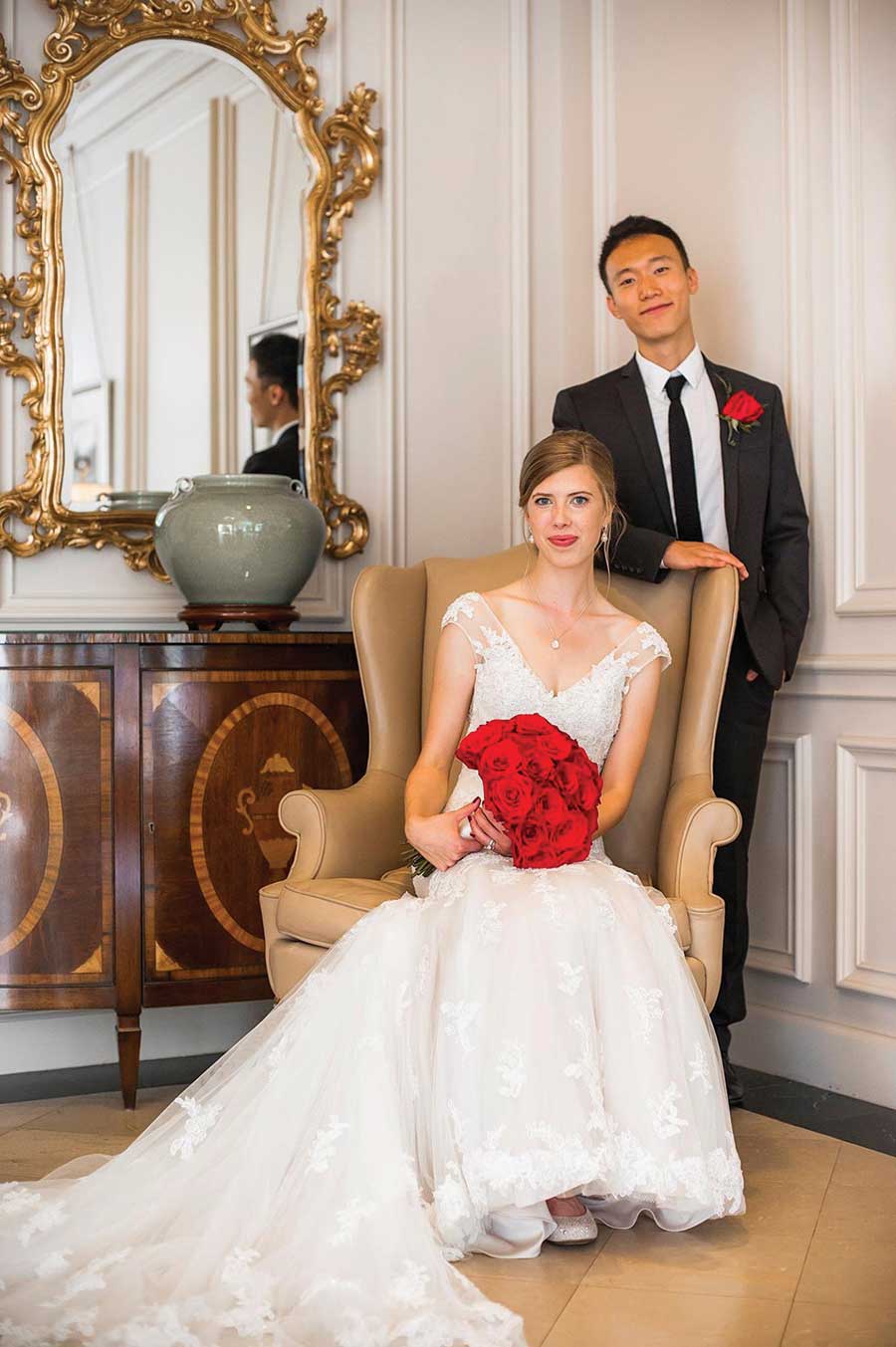 After the two were married in 2016, the couple had to decide where they would go next. Cities like Chicago and New York came up in conversation, as both YoungMin and Chantelle were artists, and the cities offered a lot of opportunities in their fields.

But after much discussion, another town came up—Petoskey, Michigan. Chantelle had fallen in love with the picturesque lake community. YoungMin’s experience with high school in Michigan and Chantelle’s Midwest roots were both strong pulls.

“Ultimately, we talked about where we wanted to make a life for ourselves, where we wanted to raise a family,” said YoungMin. “Beyond that, Petoskey has such a rich arts community. The fairs and festivals have a wonderful musical focus—it became an easy decision on whether to go big city or small town.”

While YoungMin and Chantelle have settled on their own family home, YoungMin is still very much connected to his parents and sister in South Korea. He video chats with them regularly using Great Lakes Energy’s Truestream fiber internet.

Upon settling in Petoskey, YoungMin had jobs as a music director, accompanist, and playing for both weddings and funerals, but he eventually changed directions and decided to concentrate on his original faith-based music and arrangements.

Now, you will find him creating music on virtual platforms like Spotify and Apple Music, and posting inspiring videos on YouTube, where he first learned to play the piano.

“I love making music so much, and I wanted to find a way to reach as many people as possible. These platforms make that possible,” said YoungMin. “I feel like music is my way of putting a positive message into the world.”

Maybe the odds are stacked against an artist with a message of hope and positivity. But if there is anyone who is up for beating those odds, it’s a young man with talent, purpose and passion like YoungMin You.

Northern Michigan weather is hard to predict. The day of the video shoot, during which YoungMin played a piano rendition of “Hillsong’s Oceans” on Walloon Lake, there was a fresh two to three feet of snow on the frozen water. With the help of about 20 friends who volunteered and some friendly fishermen who assisted in making a pathway, the 800-pound piano arrived at its destination on a sled dragged by a snowmobile. The task was mighty, but once again, passion won the day.