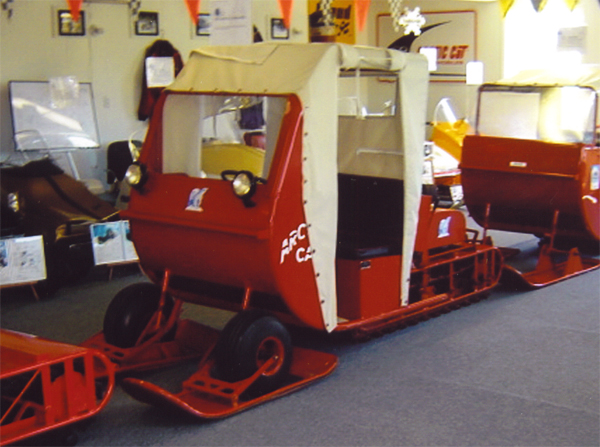 Did you know that over 6,500 snowmobile trails run throughout Michigan? To survive winter, you may want to buck-up with boots and a snowsuit to explore some of them. A few phone calls or an easy internet search reveals resorts and sport shops that rent snowmobiles.

Once #1 in the country for registered snowmobilers, Michigan now ranks second behind Minnesota. But don’t let that cool your sleds. Bill Manson, of the Michigan Snowmobile Association (MSAsnow.org), says the related family time draws folks in and keeps them coming back. “In the early days of snowmobiling, the sport was a ‘guy thing.’ Now, everyone including the grandparents are out enjoying the woods together.”

Higher quality machines are credited with the wider range of people enjoying the sport. Ergonomic seats with warmers, smooth suspensions, and easy handling allows the entire family to ride comfortably, go fast, and have fun.

“Originally, snowmobiles were designed as work vehicles,” says Charlie Vallier of the Snowmobile Museum in Naubinway, MI (on U.S.-2). “Sleds first appeared in Wisconsin around 1924 and were used by utility companies, trappers and commercial fishermen. Not until the late ’60s did consumers realize they could be used for recreation.”

Nostalgia for the old machines runs deep—enough so that the Snowmobile Museum recently expanded. “Throughout winter, enthusiasts can find at least one vintage snowmobile show on the Great Lakes every weekend,” Vallier adds. “People love the old sleds. Seeing them, restoring them, and riding them. They represent a simpler time.”

A walk through the Snowmobile Museum is a walk through that time (open daily, 9 a.m. to 5 p.m, at $5 for adults and kids 16 and under free). Over 130 different machines spanning the decades are displayed, and the folks who restore them love to share stories of the days when sleds didn’t have seat warmers!