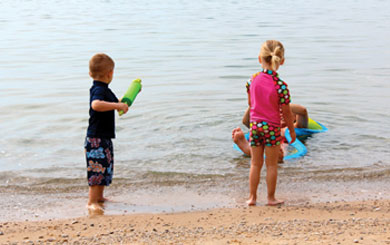 Sometime in the fall of 1944, a drunken driver dove his car into the basement of the unfinished house where we would one day live. We found this out 36 years later from the carpenters who were remodeling the house to make room for our expanding family. It wasn’t the only time something unwanted ended up in our basement.

The name of that driver is probably lost to history, but his escapade, likely the subject of many jokes at his expense, lives on in the lore of a house we never intended to be our permanent home. But here we are.

We adapted, as humans are prone to do, and we’ve made it ours, this house that was built from bartered war-scarce materials by a local fuel oil dealer in a field outside the city limits.

It’s had more than its share of remodeling, and it’s become the stage from which we engage the world. It’s our home. An observation in a terrific book, “The Fault In Our Stars” by John Green, has stayed with me: “The weird thing about houses is that they almost always look like nothing is happening inside of them, even though they contain most of our lives.”

No one tells you when you buy a house, especially in the country, just how large a role water will play in your life. We’ve learned how to deal with a flooded basement, well water, septic systems, sump crocks, ice dams, water softeners, well pumps and expansion tanks, drainage, standing water and mosquitoes. I’ve become a decent plumber, if I do say so myself. Just think what I would have missed if we lived in a city apartment.

But water so coveted in the desert is unwelcome in a leaky boat—or a house. We get too much water when we don’t need it and not enough when we do. Farmers are forever wary about droughts and floods, both devastating. Forest fires start during dry times and are impossible to extinguish without water.

We need it, of course. But why so much at once? That’s what I wonder when we get massive downpours that flood our yards and basements, or when it falls frozen in winter, blanketing everything in white and raising havoc with driving and electricity.

It’s worst in spring. Snow melted, water lays in the yard, slowly eating away at the frost underneath, like acid. You may think that water is life-giving, a boost to all living things that spring in spring. But it has an evil twin. That twin relentlessly seeks out trouble: the tiny crack in a foundation and the open seam hiding where roof lines meet.

We found out many years after buying the place that the septic system was nothing more than a 500-gallon tank with a single pipe outflow to a common field drain on our neighbor’s property. That’s not exactly code, although it was probably routine when the house was built. After years of seeing our yard turn into a smelly, soggy spring mess when the so-called septic system backed up, we got an industrial-strength mound system with three 1,000-gallon tanks and a malfunction alarm (which has the side benefit of looking like we have a home security system). Problem solved.

After snowmelt and spring rain flooded our basement a few times, we contracted with one of those dry basement system companies that dug around the foundation, installed a drain and waterproofed the concrete block. We invested in a battery-powered backup sump pump, because what good is a regular sump pump when the electricity is out. Our basement has been blissfully dry ever since. Problem solved.

We have a shallow well, which means we’re tapping into water that’s only 25 to 30 feet deep. (A good reason to make sure the septic system works.) Typical wells drilled around here now go down 180 feet. Old-timers tell us that the aquifer we’re tapped into historically has the sweetest water around, and I agree. Even though shallow wells are now frowned upon because of health concerns, I’ve come to like this water and as long as water tests show the water is OK, we’re not going deeper. No problem (but a bit of a worry).

The quality of the water in our rural homes is generally out of our hands, no matter what we do on the home front. It’s affected by rainfall, minerals in the soil, runoff carrying pesticides and fertilizer, and drilling that cuts through the aquifers. Since so many of us in rural Michigan get our water from private wells—there is no equivalent to rural electric co-ops for the distribution of water, and water must be tested and protected. (To find out about testing your drinking water, go to michigan.gov/deq or contact your county health department. There is a fee.)

We are blessed with abundant water in Michigan. We think of it as our ace-in-the-hole—how it will help us prosper when the rest of the country runs out of fresh water. But it won’t be any good to anyone if it’s not protected.

Losing access to good water would be worse than a drunk driving into your basement.