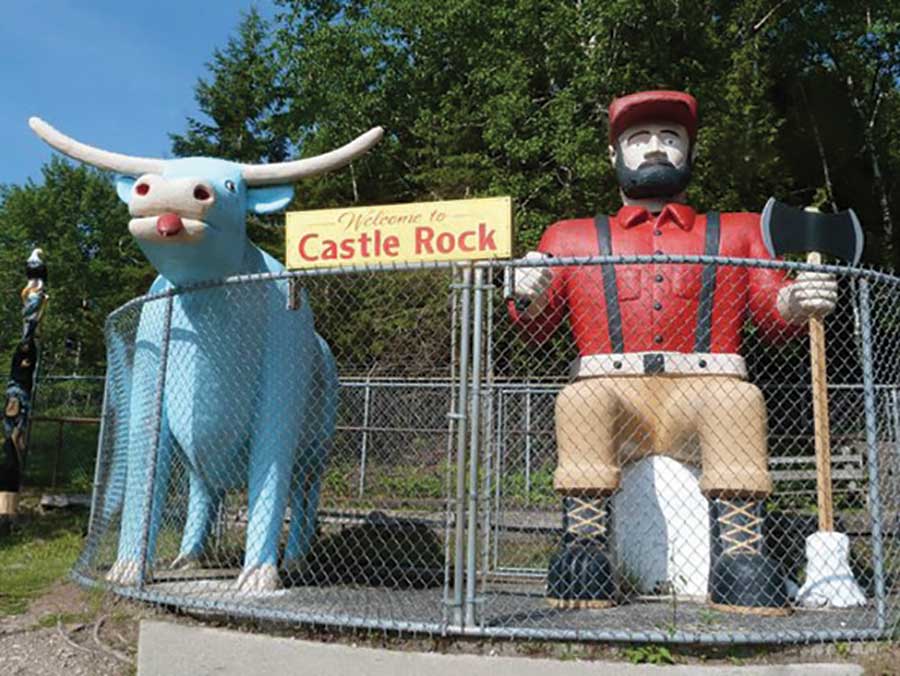 History lovers may enjoy an afternoon touring Mackinac City’s colonial Fort Michilimackinac, while travelers on the hunt for souvenirs might prefer an excursion to the legendary Sea Shell City. With the famous “man-eating clam” located at the iconic shop, it’s a trip back to 1960s tourism for sure.

Continuing south, Michigan’s Main Street passes through Indian River, home to the world’s largest crucifix, and Houghton Lake, the state’s largest inland lake. Locals love to point out the lake is “so big you can see it from space.” Pinconning has the honor of being the cheese capital of Michigan, and Birch Run is home to the largest outlet mall in the Midwest.

Rolling rural hills eventually give way to the state’s urban setting. Motorists maintaining a southern course will pass Comerica Park, Little Caesar’s Arena and Ford Field in downtown Detroit, as well as the Marathon Petroleum Refinery with its giant butane sphere painted like a basketball. The highway’s Michigan journey ends in Monroe County, hometown to General George Armstrong Custer, who was a celebrated civil war veteran.

Interstate 75 continues for another 1,390 miles, finally ending in Miami, Florida. But that’s not our 75. Our 75 is just like our people—diverse, entertaining and reliable. With so much to see in our great state, where will Michigan’s Main Street take you?