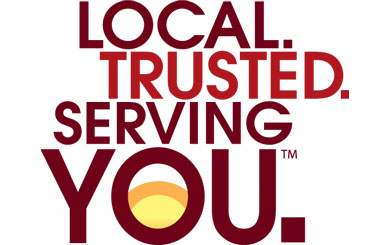 Every October since 1930, nonprofit cooperatives of all kinds have recognized National Cooperative Month as a way to educate the public about how co-ops work and to appreciate their many member-owners.

This year, we highlight the seven guiding principles of co-ops. But why should this interest you? Because these concepts lead electric co-ops—like the local one where you’re an actual owner and it provides your electricity—to operate in a better way each day. Here are real-life examples of how these guides affect your co-op.

1 Voluntary & Open Membership
Co-ops are voluntary organizations, open to any person (in the case of electric co-ops, anyone who moves into their service area) willing to accept the responsibilities of membership, without gender, social, racial, political or religious discrimination. In Michigan, and nationwide, annual or district meetings serve as a way for members to get to know the people who run their co-op and get updated on business matters.

2 Democratic Member Control
“Democratic Member Control” means members control their co-op (in most, by one member, one vote) by actively participating in decision-making and setting policies. This happens by voting for other members to represent them on a board of directors that governs the co-op and is accountable to all members.

Annual or district meetings serve here as the forum for electing directors, or some co-ops use mail-in ballots. Some also have member advisory groups or hold regular luncheons and focused meetings by inviting a small number of randomly chosen members to meet one-on-one with co-op staff, board members, and managers.

3 Members’ Economic Participation
Members contribute equitably to, and democratically control, the co-op’s capital by allocating any surpluses for the following: developing the co-op, possibly by setting up reserves; benefitting members in proportion to their transactions with the co-op; and supporting other member-approved activities.

Because electric co-ops are owned by their members, they do not create profits for distant shareholders. Any excess revenue (“margins”) is allocated back to the members as capital credits, or patronage capital. Capital credits are “retired” and paid back to members based on their electricity purchases. Margins are used as working capital for a time, and as financial conditions allow, are paid back to members.

Allocating and retiring revenue that is above operating and maintenance costs to members helps distinguish co-ops, and they are proud to support their communities by putting money back into the pockets (and local economy) of the people they serve.

4 Autonomy & Independence
Electric co-ops form a vast network across 47 states, and their power lines cover 42 percent of our nation’s land mass. Those in Michigan (nine distribution and one generation and transmission co-op) serve over 50 percent of the state’s land in providing power to over 700,000 people through 42,000 miles of line.

But what’s unique is that each co-op is an autonomous, independent business.

And while they work “cooperatively” with neighboring co-ops, their members are the sole governors, and member-elected directors approve policies that mold the way they do business. If they enter into agreements with other organizations, including governments, or raise capital from external sources, they do so on terms that ensure the members’ control and maintains the co-op’s autonomy.

5 Education, Training & Information
Co-ops have a charge to keep their members informed—not just about co-op business and industry issues, but topics like energy efficiency, safety and community contributions.

For example, Michigan Country Lines magazine is one way your co-op keeps you updated on relevant news (you can also visit countrylines.com and choose your co-op’s name under the “My Co-op” menu), and some are present on Facebook and other social media. Plus, all Michigan electric co-ops offer Energy Optimization programs that help save money on your energy bills, plus youth programs that help the next generation learn about leadership, co-op careers, and other benefits.

Co-ops also train directors, managers and employees so they can contribute effectively to co-op development. They also inform the general public, particularly young people and opinion leaders, about the nature and benefits of cooperation.

6 Cooperation Among Co-ops
While co-ops are independent entities, they still rely on one another to share resources, information and, in some cases, manpower. They have a long history of helping each other restore power after severe weather emergencies. Called “mutual-aid agreements,” when your co-op needs extra hands after a storm or other disaster, co-ops from neighboring towns and states help get the power back on that much faster.

A Michigan example is the raging winter 2012 storm that swept nearly the entire northern lower peninsula and a good swatch of the U.P. Mutual aid among co-ops here and from other states brought the lights back on.

Co-ops serve their members most effectively and strengthen the co-op movement by working together through local, national, regional and international structures.

7 Concern for Community
Possibly the most visible principle of all is the last, as it drives electric co-ops to be good stewards of the communities they serve. While keeping member service foremost, co-ops undertake a variety of community projects—from food drives or charity fundraisers to school electrical safety demos and economic development efforts.

Even if there was no “concern for community” principle, every person who works at your electric co-op “lives there, too” – they’re your friends and neighbors first.