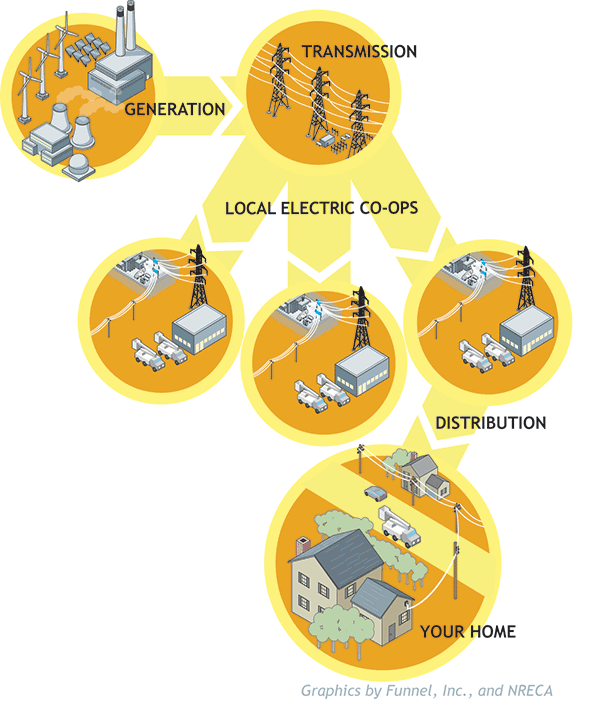 Every month you pay your power bill to your electric distribution cooperative. But have you ever wondered where that electricity comes from?

Generally, it’s not produced in your neighborhood—most electricity travels quite a distance from where it’s actually generated across high-voltage transmission lines to reach the local distribution system and, finally, your home.

Your home or business receives electricity from one of roughly 840 electric distribution cooperatives in America. These local, member-owned, not-for-profit utilities build and maintain overhead and underground lines and equipment to deliver power. Typically, distribution co-ops do not generate electricity or directly negotiate with power providers. That role usually lies with generation and transmission cooperatives (G&Ts).

G&Ts are wholesale power suppliers owned and governed by electric distribution co-ops. They produce electricity directly and/or buy it in bulk from other power suppliers, then ship that power over high-voltage transmission lines to local distribution co-ops’ equipment. When power reaches its destination, distribution co-ops must use transformers at substations to reduce the voltage before sending it over their lines to your home or business. Now the power is there when you turn on the lights, heat and cool your homes, and power up your computers.