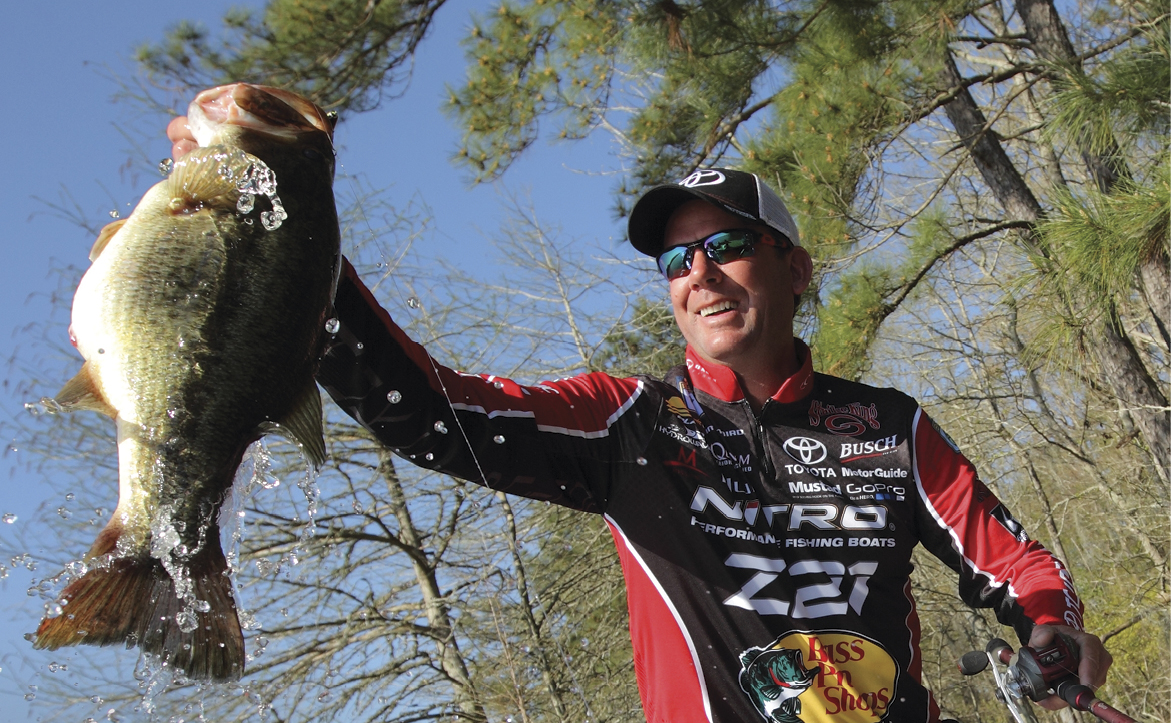 When you’re talking to Kevin VanDam you don’t get the feeling you’re speaking with an internationally recognized angler and arguably the best bass fisherman in the past 20 years. You just feel like you’re talking to “Kevin”—the Kalamazoo guy who grew up on the lakes, streams and rivers of southwest Michigan. He sounds like a guy you went to school with, who just happens to travel 250 days a year to compete in bass tournaments and promote the sport he loves.

“Fishing has always been a part of my life. I have a memory of going ice fishing with my dad and I was maybe three years old,” VanDam recalls. “So, even when I started competing at the professional level, it took me a long time to think of this as my career. It was just always something I did.”

It could be this single-minded and humble mindset that made VanDam the multiple championship winner in professional bass fishing. If you know the sport—you know VanDam. If you thought anglers worked with protractors—let’s catch you up. The Bassmaster Classic is the most coveted bass fishing title. In his 263 Bassmaster Classic events—VanDam has won 20, finished second 13 times and landed in the top 10 a remarkable 100 times. He was also the very first Outdoorsman of the Year ESPY award winner, at the ESPN awards in 2002. Not that you can get him to muse on his accolades. VanDam is more likely to brag on his home state when asked why he still lives in the area where he grew up.

“Michigan is home,” VanDam says. “I love the four seasons, and my family loves being outdoors. In the summer, you’ll find us on the lake boating or fishing. In the winter, I love taking my sons hunting. There’s so much diversity in the landscape. Michigan has so much to offer. I can’t imagine living anywhere else.”

When asked to give up some of his favorite fishing spots in Michigan, VanDam chuckles.

“That’s the beauty of Michigan—pretty much everywhere you look there’s a lake, river or stream with something willing to bite,” he answers.
“But I really think the best fishing anywhere is Lake St. Clair on the east side of the state. It’s my favorite tournament location. Having said that—there’s nothing like heading up to Traverse City and casting a line.”

As VanDam continues his 2016 season of tournaments, sports shows, promotions and product design meetings—you get the feeling his thoughts are always in Michigan—secretly thinking about that next day on the lake with his wife and sons, lazily casting a line without the pressure of a championship title, just a guy named “Kevin” hanging out and having fun.