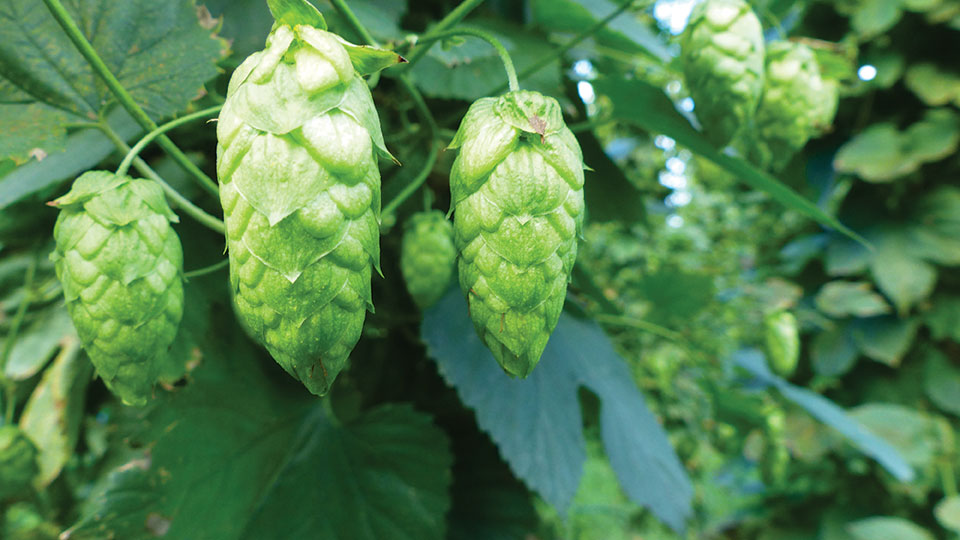 Before your bartender at the local beer tap fills an empty pint glass or you snatch up a six-pack of brew at your hometown liquor store, you may be surprised to learn that many of your favorite beers began their journey to the tap in the rich, fertile soil of Michigan.

Located in Williamsburg, Mich., and a member of Cherryland Electric Cooperative, MI Local Hops (MLH), is a 280-acre farm (plus an additional 100 acres the company cooperatively manages with other growers) with the capability to harvest up to 350,000 pounds of hops annually. At the farm, rows of twisty vines creep up trellises, each in an effort to produce bitter cones that are the heart and soul of almost any Michigan beer.

“The hops industry has become a bit like the music industry,” said Mike Moran, sales and marketing manager of MI Local Hops. “Everyone’s looking for the next big thing. The next exciting flavor. But those flavors need to be consistent and dependable. We know the wow factor is nothing without the quality.”

A century ago, Michigan’s hops industry was decimated by downy mildew. However, with advancements in modern farming and the determination of local hops growers, Michigan is now one of the top growing regions for hops in the United States.

MI Local Hops is now the largest hop farm east of the Rocky Mountains. The magnitude of that statement isn’t lost on the owners, as they build the infrastructure to support and sustain that accomplishment.

With “local” in the name, MLH is supplying some of the Midwest’s biggest beer players. Providing hops to Bell’s, Founders and New Holland, all of whom are based in Michigan but offer national distribution, the Michigan hops agriculture boom has swept the state and the Midwest.

“We have a lot of Michigan pride and want to support local agriculture, but we also want to have the highest quality ingredients,” said Head Brewer Jason Salas of New Holland Brewing Co. “Michigan hop growers have been demonstrating to us their commitment to the brewing industry by turning out unique, high-quality products that allow us to develop beers worthy of our industry. As a brewer, that means a lot.”

MI Local Hops has grown from being the “new guys” to a significant force in Michigan’s growing hops industry.