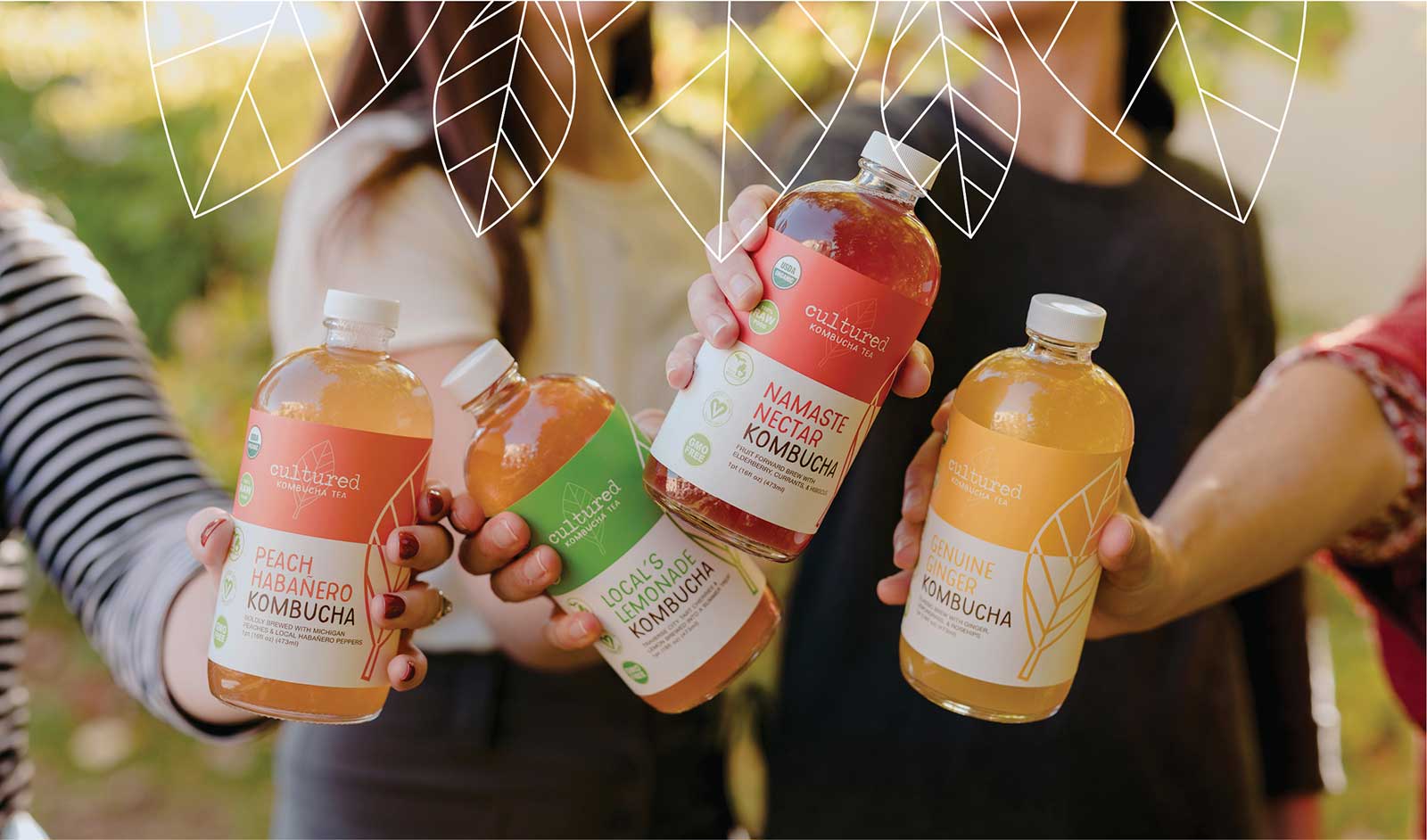 When Courtney Lorenz first tried her hand at brewing kombucha, an effervescent fermented drink of sweetened tea that is made from cultures of bacteria and yeast, she tracked her progress in a journal. Lorenz would take notes on the gut-healthy drink chock-full of probiotics, vitamins, amino acids, enzymes, antioxidants, and of course, flavor. After her first batch, she made a simple, but direct note—“FAIL.” 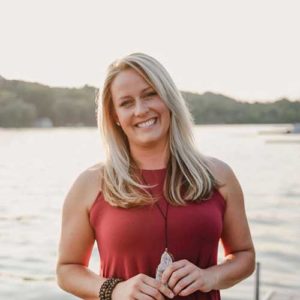 Five years later, as the owner and operator of Cultured Kombucha Co. in Traverse City, Lorenz has stepped up both her brewing game and her own business acumen to build on that initial “FAIL” and create a business that is winning on several fronts.

In her studies, Lorenz challenged the typical food pyramid that was still being taught—heavy on the meat, dairy, and starch—and came to realize it didn’t quite line up with her own beliefs of a cleaner and healthy lifestyle. She boldly switched to a degree in entrepreneurship and hospitality at Central Michigan University.

Directly out of school, Lorenz was offered a job at a Fortune 500 company that checked all the boxes—successful company, great pay, benefits—but Lorenz still felt disconnected from her first love—real, nourishing food.

“If I was going to make it at this corporate job, I knew I was going to need some balance,” said Lorenz. “So, I worked on a farm on the weekends that paid out in produce shares. One week, there weren’t enough vegetables to pay me out.

The owner noticed I was always toting around a national brand of kombucha to drink in the fields. So she gave me my first SCOBY.”

A SCOBY, or Symbiotic Culture of Bacteria and Yeast, is the base of every kombucha. A SCOBY is the living home for the bacteria and yeast that eventually transforms sweet tea into the tangy deliciousness that is kombucha.

It was the beginning of a love affair.

What started as a fun, at-home hobby that kept Lorenz and her friends in tangy kombucha eventually became a bit of an obsession.

“I couldn’t keep up with the amount I was making,” said Lorenz. “One week, back in 2015, I decided to bottle up 15 gallons of kombucha and see if maybe I could sell it at the local farmers market over the course of the day.” The anticipation of whether or not the kombucha would sell didn’t have long to build. “Within 15 minutes, we’d sold out,” remembers Lorenz. “That’s when I thought, ‘this could really be something.’”

Lorenz leveraged her right- and left-brain tendencies and started working on a plan. When she went to get her first line of credit, the bank employee handed the paperwork to the gentleman seated next to her.

“It was sort of shocking. I’m a young woman and I suppose I expected a certain amount of preconceived notions about my readiness to take on my own business,” recalls Lorenz. “But even now, I’m amazed that after the experiences I’ve had in business, people still openly doubt the competence of a woman.”

Perhaps there was a whisper of those early journal notes—“FAIL “—but Lorenz listened only long enough to piece together her wide variety of experiences, her entrepreneurial spirit, and her passion for kombucha, and take a leap of faith. In herself.

That initial leap led to a solid landing. What started as 15 gallons of kombucha brewed in a shared kitchen space in 2015 has led to Lorenz and Cultured Kombucha Co. taking over 5,000 square feet of production space with one dozen 450-gallon tanks for brewing. With the tasting room in Traverse City and the more than 180 outlets that sell the kombucha in storefronts in summer months, Cultured Kombucha Co. is growing at a rate that puts even the most aggressive SCOBY to shame.

While success in her field is welcomed, it isn’t what drives Lorenz. “Kombucha is how I connect,” said Lorenz. “This is taking what I believe about health and wellness and finding ways to reach people. This is how I help others make lifestyle changes—one sip at a time.”

With a business model rooted in healthy living, sustainability, and treating others, as well as yourself, with love and respect, it’s inspiring to see how an endeavor that started with an epic “FAIL” could turn into nothing short of a success story.

Courtney and her team offer classes onsite at Cultured Kombucha Co., including a fermentation series that includes kombucha homebrewing, sourdough bread-making, and pickling.

Visit drinkcultured.com to learn more, find locations and check out the events page.