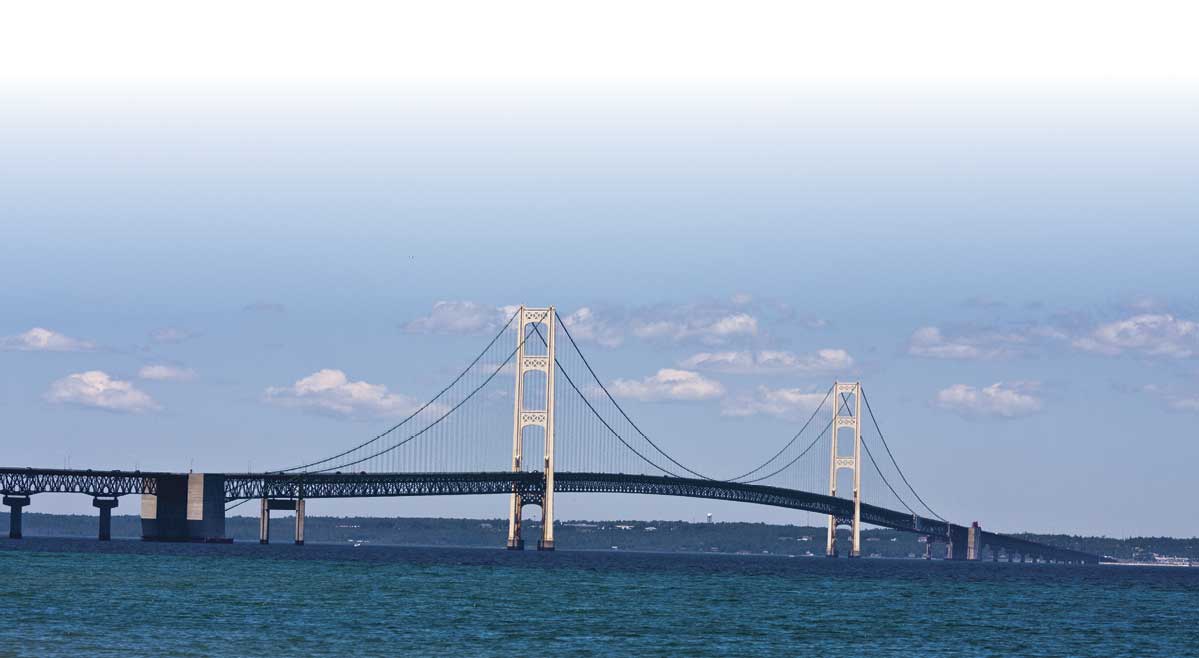 The Mackinac Bridge opened to vehicle traffic between the upper and lower peninsulas nearly 60 years ago. To this day, it continues to be a vital commercial link, as well as a symbol of what Michiganders can do when we work together for our state’s benefit.

Legislators in Lansing may soon have an opportunity to debate legislation that could be a similar “bridge” for enhanced flows of electricity between our two peninsulas. But it will take a great deal of determination and willpower to move this legislation forward. There are likely to be many detractors—as there were when we built the “Mighty Mac”.

Legislation was recently introduced in the Michigan Legislature that could result in the development of an additional high-voltage transmission link between the peninsulas. The Senate version of SB 282 was introduced by Sen. Tom Casperson, while the House version, HB 4575, was introduced by Rep. Triston Cole.

Currently, our two peninsulas do not operate as one when it comes to electricity. Michigan policy, utilities and regulators control the Lower Peninsula, while Wisconsin interests and utilities dominate the Upper Peninsula.
All too often these competing interests and policies do not align—and customers are caught in the middle.
In addition to creating a more robust electrical tie, the legislation would form one “resource adequacy zone” to include both peninsulas, as well as increase reliability by reducing electrical “congestion” costs involved in the flow of energy between the peninsulas.

These congestion costs are a hidden tax in the cost of electricity. Portions of the northern Lower Peninsula as well as the Upper Peninsula have some of the highest congestion costs. Residents who live in these congested areas have higher electric costs because of this “hidden tax”. These costs could be dramatically reduced, and in some cases eliminated, if we as a state have the will to invest in a more robust transmission link between the peninsulas.

This legislation could also expedite the development of newer, cleaner generating capacity for the Upper Peninsula—an area of our state that recognizes all too well what can happen when there is only one significant generation resource and no meaningful way to access bulk electricity from the Lower Peninsula, where most of Michigan’s electrical generating capacity is currently located.

Further development of renewable energy, particularly wind, can also be enhanced with additional connectivity between the peninsulas. The Thumb region of Michigan’s Lower Peninsula has been identified as the best region
for developing wind energy. A more robust transmission link will allow us to export wind from the Thumb area
to the Upper Peninsula—or perhaps export wind from the Great Plains and Upper Midwest to utilities throughout Michigan.

If Michigan legislators have the fortitude to enact this legislation and we eventually fund and construct a new, more robust transmission link between our peninsulas, I believe we will look back someday, like we often do when crossing the “Mighty Mac”, and feel a very real sense of accomplishment that we as Michiganders have done something to benefit many generations.