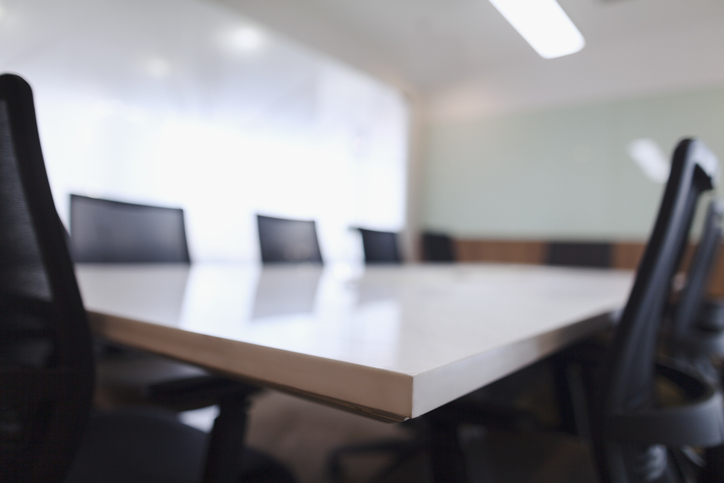 Your Member Number and your Election Passcode can be found on the back cover of your Nov/Dec Country Lines magazine. Use both of these numbers to log in.

Beth is the retired personnel director of McDonald’s Food & Family Center of Bad Axe. She is now employed by Meijer, also in Bad Axe. Prior to that she was a legal secretary for 11 years. Raised in the Bad Axe area three miles north of where she currently lives, Beth has been a co-op member since November 1974. She and her husband, Lowell, have three children (one son and two daughters), nine grandchildren (eight girls and one boy), four grandsons-in-law, and four great-grandchildren.

Beth attends the Bad Axe Free Methodist Church, and her entire family has been and is still involved in many community boards and projects.

Beth wants to see TEC continue to be a local, member-owned cooperative. She also believes TEC has a great general manager, staff and board of directors that are totally committed to serving you. Thumb Electric Cooperative wants to provide you with the best possible service at fair prices, in a caring, professional manner, and Beth is always looking for ways to conserve energy and make the future better for upcoming generations.

Richard Thompson has been the owner of Thompson Chevrolet in Ubly for the past
16 years, and his dealership employs 16 people. He has lived in the Thumb area since 1972 and has been a Thumb Electric member since 2000. Being in the automotive industry, he has served on many boards, including the Mid-Michigan Pontiac Board, the Board of Review, and regular Board of the Greater Mid-Michigan Official’s Association, including President, the Indianfields Township planning commission, and many church organizations boards.

Richard and his wife Dianna have two children and one grandchild. They have lived in both Tuscola County and Huron County over their 48 years living in the Thumb area. Rick feels that he would bring a great business mind to Thumb Electric Cooperative, as he has run businesses his whole life.

Raised in the Deckerville area, Duane is the owner and operator of the Sandusky D.Q. Grill & Chill Restaurant. He has been with Dairy Queen for 49 years and has been a Thumb Electric member since 1994.

Duane and his wife, Wanda, will celebrate their 53rd anniversary this year. They have three sons—Curt, Steve and Ryan—and eight grandchildren.

If re-elected, Duane would like to continue looking for new forms of energy and ways to keep TEC’s electric rates competitive for members while maintaining the excellent service we all enjoy. He feels it has been a real honor serving TEC members with the present board of directors.

Tim Hale owns and operates a small family farm consisting of diverse crops and livestock. Along with the family farm, he has a crop insurance agency, primarily insuring crops throughout the Thumb. The agency currently has a staff of four and has been in existence for 20 years.

Tim’s wife Sue is recently retired from Sandusky Schools after a 25-year teaching career and is now pursuing her many other interests. They have three children: Maddie, Emily, and Daniel. Maddie is married to Greg, and they have a 1-year-old son, Liam. All their children are currently involved in agriculture. Daughters Maddie and Emily are Michigan State grads, and son Daniel will graduate from MSU in December. Go Green! They have been Thumb Electric members for 31 years, and Tim lives in the same neighborhood he grew up in. Tim is a member of the First United Methodist Church in Sandusky and is on the board of directors of the Blue Water Conservation District.

Tim states: “I am very satisfied with the service I have received from Thumb Electric. I consider my electric service a critical and reliable resource. I would be proud and privileged to serve on the board of Thumb Electric for this essential service.“

Carl Cousins is a retired registered civil engineer. He worked for about 40 years, splitting his time between working for the Michigan Department of Transportation and private industry. He has been a member of Thumb Electric Cooperative since 1974.

Born in Flint and raised on a dairy farm east of Grand Blanc, he graduated from Davison High School. He attended Mott Community College and graduated from Wayne State University with a Bachelor of Science degree in engineering.

Carl and his wife, Billy Jean, were married for 41 years prior to her death in 2008.

They had two sons, Rodney, who was formerly a pilot with the U.S. Air Force and now works for Boeing, and William Lloyd, who passed away in 1998.

Carl feels community participation is very important, and he has the time to represent members. He also believes maintaining reliable service at competitive prices is important.

Gerald Coon is a self-employed builder of 20 years and has two employees. He has been a Thumb Electric Cooperative member for two years. He is new to the area. He and his wife Melody built their home and moved in about two years ago. Together they have four children and five grandchildren.

Gerald is fairly new to the area and is looking forward to serving in and helping out in this community.

Samantha Pickering and her husband Samuel currently maintain a 10-1/2 acre hobby farm and have been Thumb Electric members for three years. Previously, she ran a 63-acre farm in Fostoria, raising horses, cows, chickens, and turkeys. She has also worked as a cashier, an incoming auditor, and a secretary, and she ran a kennel for a few years. She lived in Columbiaville for most of her life, then married her Air Force husband and as part of the military moved to Las Vegas and then England. Retiring in 2017, they settled in Millington.

Samantha has three children and seven grandchildren. She worked for the Red Cross at the Michael Callahan Hospital while in Las Vegas, is currently a volunteer for IDES (International Disaster Emergency Service) and is a member of West Deerfield United Methodist Church.