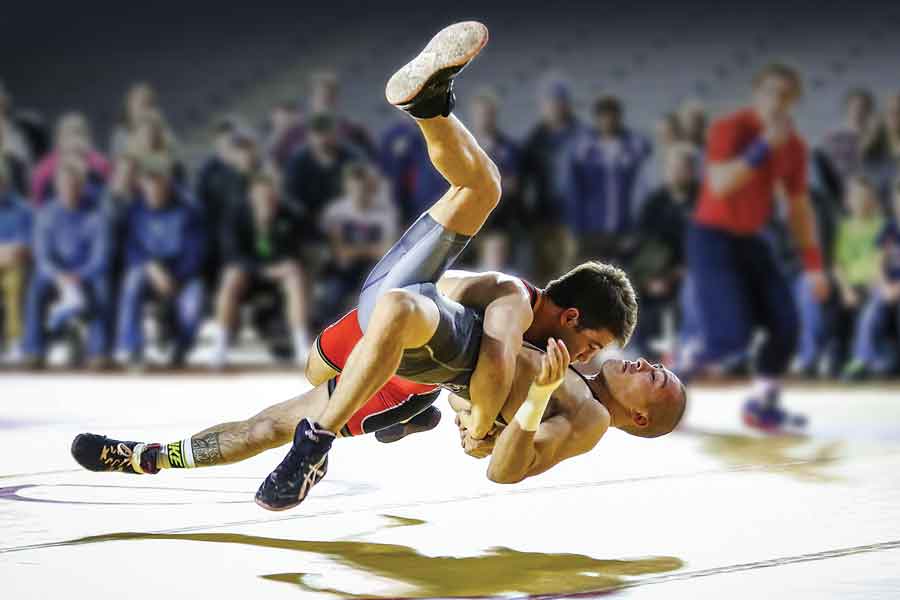 On the shores of Lake Superior in the Upper Peninsula, you can catch a glimpse of the world’s largest wooden dome, fittingly called Superior Dome. It’s certainly a site to see, but even more remarkable is what is happening inside.

Along with hosting Northern Michigan University’s football, soccer, and track and fi eld teams, Superior Dome is home to the NMU Olympic Training Site—one of only 18 Olympic Training Sites in the country. These training sites are worldclass facilities used by elite athletes. All of the sites have hosted Olympic or Paralympic trials, and most of them have hosted world cup or world championship events.

At NMU-OTS, you’ll find some of the nation’s most distinguished Greco-Roman wrestlers and weightlifters preparing to make their mark in the sporting world.

“The program has been around since 1985,” said Michael Kaurala, Director of Facilities at NMU-OTS. “We’ve seen amazing studentathletes train here and then go on to medal at the Olympics and world championships.”

At the time of the interview, the 2016 Rio Olympics were just around the corner, with eight current or former NMU-OTS athletes competing in various events—Greco-Roman wrestling, freestyle wrestling, boxing, weightlifting and paracanoe.

“It’s always an exciting time when the Olympics come around,” said Kaurala. “When current or former athletes work so hard and then perform well— it’s a great feeling.”

As only one of two wrestling OTSs in the country, the draw for student athletes is tremendous. Nate Lewis, from Arlington, WA, entered the program hoping to pursue his weightlifting and academic dreams.

“I was looking for a positive training environment without sacrificing my education,” said Lewis. “I liked the isolation of Marquette. It keeps me more focused on my training, as well as my studies. Plus, spending time outdoors is really inspiring.”

The athletes know a lot about the outdoors, as coaches like to take the athletes out of the stateof- the-art facility sometimes to run along the shore of Lake Superior or up and down the sand dunes for variety in their workouts.

Dalton Roberts, a Greco-Roman wrestler, has had a lot of success in his sport both nationally and internationally. Roberts hopes to become an Olympian and World Team Member and isn’t afraid to put in the hard work to make it happen.

“It’s a lot of work, for sure,” said Roberts. “But it also feels great to do what I love every day. People think it’s hard and it is, but you learn to love it all—even the effort.”

So, if you’re going on a picturesque drive in the U.P. and happen to catch a glimpse of the enormous white dome peeking out through the treetops, take a moment for a closer look. Under that dome you’ll find gorgeous Douglas Fir wood beams and a state-of-the-art training facility, with hardworking young men and women who have dreams big enough to fill the entire stadium.