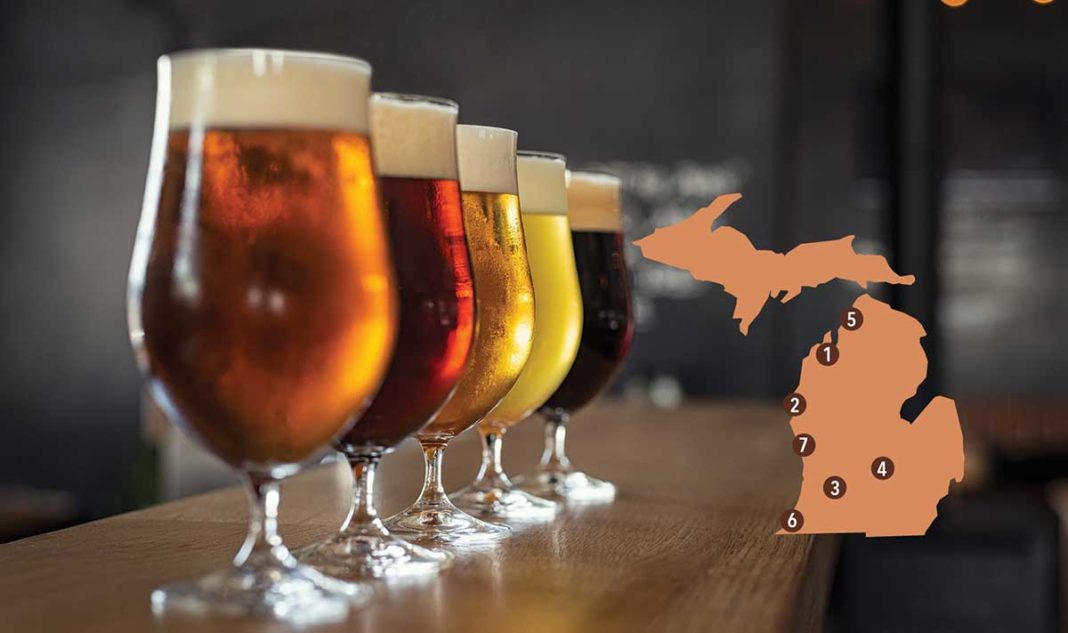 Our beautiful state boasts some of the best beer in the nation.  You can’t throw a rock in Michigan without hitting a great brewery these days. Discover a new favorite craft beer, recommended by MCL readers, at these breweries around the state. Cheers!

As a northern Michigan pioneer in micro-breweries, Mackinaw Brewing Company in Traverse City has been serving up craft beers for 22 years, and during that time, brewmaster Mike Dwyer has been creating some of the finest brews in all of Michigan. I like Mike because he does a great job at pleasing beer connoisseurs with his Dark Stouts and Red Ales, as well as catering to novice drinkers, like me, with his American IPAs and Belgian Whites. My all-time favorites are his seasonal growlers of Summer Love with a hint of lemon and his Heritage Cherry Lager named in honor of the T.C. Cherry Festival Heritage Day Parade. Rumor has it he will be brewing up a fall seasonal craft named October Fest, which will be a nice multi German Amber Lager. Can’t wait…

The best beer on the lakeshore of Lake Michigan is Lake Phantom by Ludington Bay Brewing.

The best brew is Two-Hearted by Bell’s Brewery in Kalamazoo. It’s also the #1 Craft Beer in the United States. If you haven’t tried it, you should.

Go try Prima Hoparina, a double IPA, brewed and served at BAD Brewing Company in Mason. They have lots of awesome craft beer!

Juicy New England Style IPA from Petoskey Brewing is my favorite. It has mouthwatering citrus and tropical hop aromas.

Pigeon Hill Brewing Company in Muskegon makes a tasty brew called Walter Gets Buzzed, a lighter beer with a hint of coffee taste.

Up Next: Best Bakeries

We’re on a sweet journey to find the best bakeries in the state! Share your favorites. We will publish this member–recommended list in our November/December issue. Submit your favorites by September 20.

December 2020
There's something about eating vegetables fresh from the garden that makes you feel so healthy. Share your favorite garden fresh recipe with...