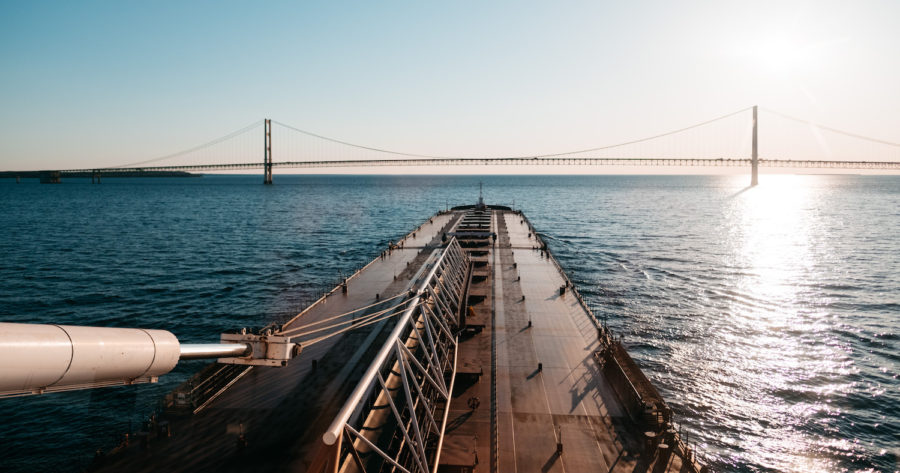 Fourteen knots and a few hundred miles of Lake Michigan remain before the next stop. Come aboard a Great Lakes freighter with cadet-in-training Taylor Brown for a look at life on the fresh seas.

Text and photos by Taylor Brown, featured in Traverse Magazine

Once the ice melts, the 1,004-foot Edwin H. Gott never sleeps in her pursuit to carry the most cargo on the lakes. I joined her downbound at the locks in Sault Ste. Marie.

After climbing a seemingly endless ladder, I met the crew out on deck. For the next month, I shadowed the Third Mate, learning everything about his job I could. For two shifts a day we would stand a navigational watch on the bridge or be out on deck as we pulled into or departed a dock.

The company routinely sends the ship between Two Harbors, Minnesota, and Gary, Indiana. Two Harbors is a sleepy town just north of Duluth. Oddly enough, it’s where Sticky Notes were first invented. And it’s where iron ore pellets make their way from the surrounding rocky hills into the bellies of giant ships whose boxy steel bodies outlast any saltwater ship.

Even as the hull was pelted by waves as we left port, the twin 10,000 horsepower engines never seemed to mind. Get into big enough seas and look down the tunnel, and you’ll see the steel twisting and moving the tunnel up, down, left and right. “That’s normal,” I’m told, as I remember I’ll be sleeping on this flexible monster.

Being a cadet is a funny part of any mariner’s career. You’re eager to prove yourself as competent, yet lacking the experience needed to provide any real operational value to the ship—this isn’t to say I’m completely useless; I’ll drop anything to make a mean cup of coffee for the Captain. 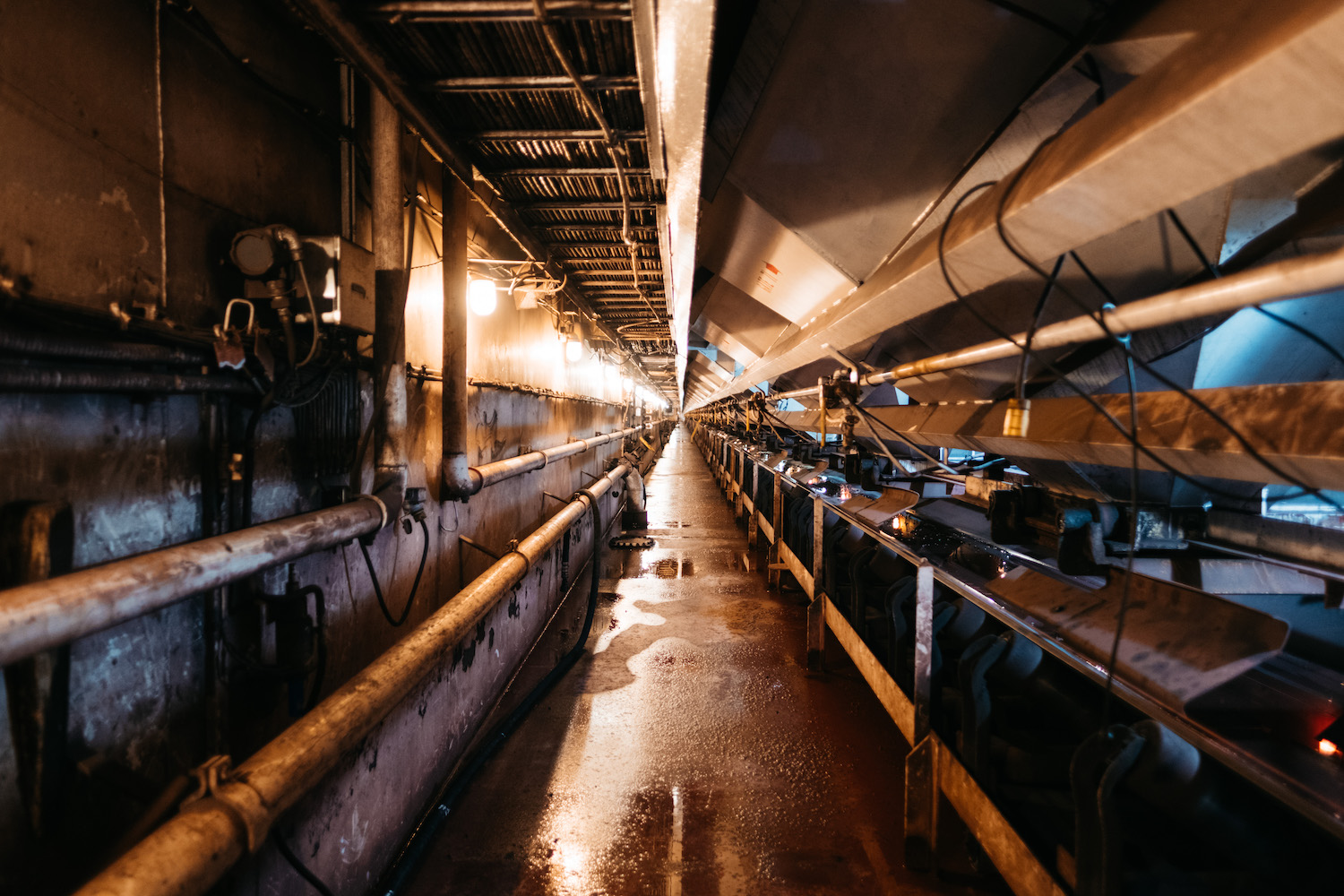 Cadets need to get trips in on all five Great Lakes, as well as the Detroit, St. Clair and St. Marys rivers. I was lacking in my Detroit and St. Clair trips and spent June 2018 completing them on the State of Michigan, the Academy’s training ship. Soon it was the 4th of July, and to celebrate, the ship placed itself in Buffalo, New York. The harbor was packed with boats awaiting the fireworks. I’m usually at West End Beach in Traverse City taking photos, but this night I was tasked with gangway watch. Confident the ship wasn’t going to be invaded by Buffalonians, I snuck away to take the shot below.

Authored by Taylor Brown
Taylor brown graduated in May from the Great Lakes Maritime Academy in Traverse City. He’s now a civilian merchant marine officer licensed to work aboard commercial ships on the Great Lakes and oceans. Follow his adventures on Instagram at @tayderbrown