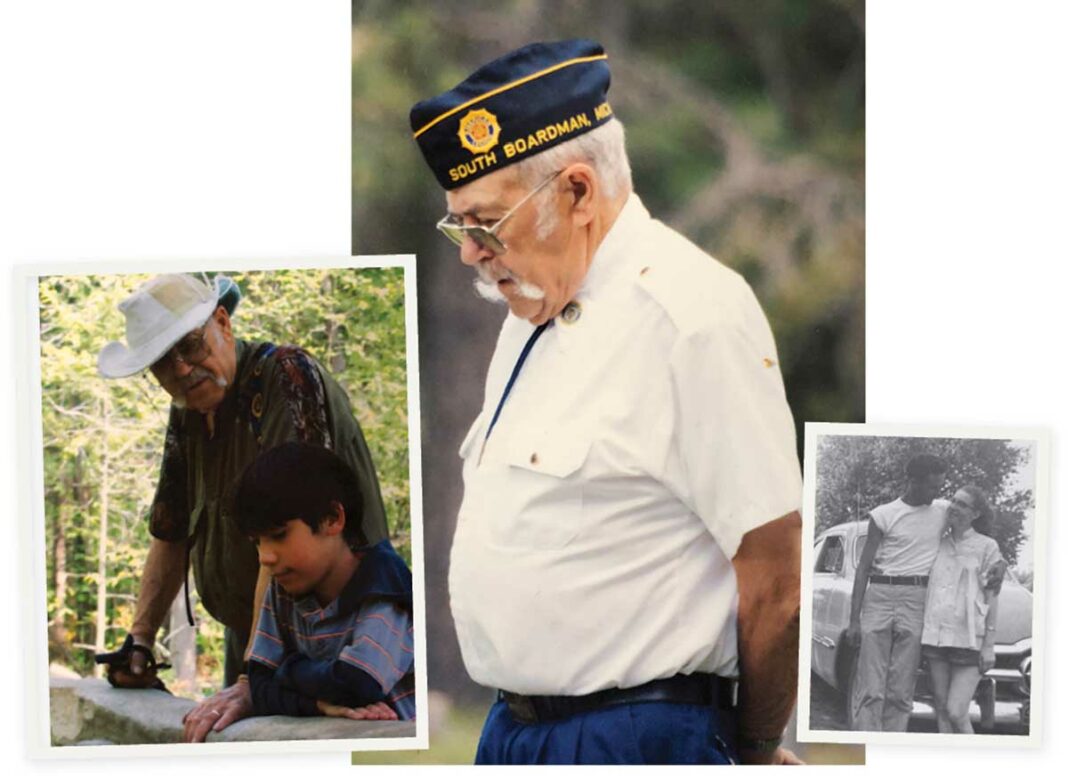 My grandfather, Gerald Gaultier, was born and raised in the local town of South Boardman. He served in the United States Air Force as a B-47 jet mechanic. In the 1960s, he and his wife, Elaine, opened Boardman Valley Construction. He often worked for free (picture 50 invoices hanging by a tack on the living room wall), but he once told me, “I don’t believe we were put here to amass a fortune.” He shared his time on the school, hospital, and church boards, Kiwanis, and others, and would pull his truck over just to visit local folks. He was rooted in the business of people. I remember the phone ringing at all hours and him up with the sun until long after dark. He was a township supervisor for four decades. As a teenager, during the voting time, I would see other people’s names on signs. I asked him why he didn’t have one, and he said, “Granddaughter, if you have to campaign at this point, you’re not doing your job.”

He led a family of four children, five grandchildren, and six great-grandchildren. After 82 years of a beloved life, we were able to grant him dignity at home, surrounded by loved ones. For the funeral, the cars outside Boardman Cemetery were lined up to Supply Road. When I visit his plot, I marvel at the massive space he left behind. We still hear of kindnesses we didn’t know about … nor would he have wanted that spotlight. I sat beside him while he pondered his cancer diagnosis, and in those same hours, he shared a piece of chocolate and directed my attention to the pink and blue sky. “Look over your shoulder,” he said, watching a thunderhead. “Look at that anvil. 120-mile-an-hour winds up there. Now that is a beautiful thing.” He wanted to teach us children values, as he believed we were the future. Thanks to him, I am reminded that it’s our ability to serve that makes us powerful.