When it comes to all-electric vehicles, choices are growing and include well-known manufacturers such as Chevrolet, Nissan and Toyota, along with a growing number of specialty manufacturers or retrofit kits. Plug-in electric vehicle (PEV) sales are also growing, boosted by government incentives and consumer interest in environmentally-friendly products.

Despite media attention and apparent consumer interest, however, PEV sales remain a disappointment for manufacturers, with 17,500 units sold in 2011 and about 53,000 in 2012, with Chevy Volt leading the pack last year at 23,461.

Not all electric cars are made the same. The 2013 Nissan Leaf boasts a driving range of about 75 miles. Once its lithium-ion batteries are drained, however, you better be near a 110-volt power outlet for recharging or have the phone number for roadside assistance handy.

The 2013 Chevy Volt and Toyota Prius Plug-in both offer a gasoline safety net for their pack of batteries. The Volt will run on a charge for 38 miles, and the Prius has an 11-mile range. Once the batteries are drained, a gas-powered generator produces electricity to keep the car rolling. The 2013 Ford Focus Electric, which sold only 685 units last year, has a 76-mile range.

The Volt can recharge by plugging into a traditional 120-volt outlet. This differs from traditional gas/electric hybrids like the original Toyota Prius, for which batteries are recharged only by the gas engine and a regenerative braking system. (In hybrids, batteries essentially supplement the gas motor.)

All-electric vehicles carry higher price tags than comparable conventional gas-fueled versions—typically $10,000 to $15,000 more, even after including federal tax incentives ranging from $2,500 to $7,500 (depending on battery capacity). Tax credits will phase out as manufacturers produce more vehicles (learn about electric vehicle tax breaks at tinyurl.com/bd93j5n or speak to a qualified tax advisor). Over time, batteries should become cheaper to build, thereby lowering electric vehicle costs.

As a quick comparison, the Cooperative Research Network—the research and development arm of the National Rural Electric Cooperative Association—examined the 2013 Chevy Volt, with a suggested retail price of $39,145 (not including the federal tax credit) to the 2013 Ford Focus, which has a starting price of $16,200.

According to the U.S. Department of Transportation, the average American drives 13,476 miles per year. Chevrolet estimates the average Volt driver will spend $1.50 daily for electricity (based on 12 cents per kilowatt-hour) and a small amount of gas. Meanwhile, the average Ford Focus owner will spend almost $5.16 daily for gas.

At $4 per gallon for gas, the average Volt driver would save $1,335 annually but would need to rack up that amount for almost 10 years to equal the difference in sticker price. Of course, actual savings depends on the number of miles driven and car options. It should be noted that using electric accessories such as air conditioning, heat, and a defroster affect mileage and drain electric car batteries faster.

Electric cars can be recharged using a traditional 120-volt outlet with a dedicated 15-amp circuit found in most homes. Called Level 1 charging, this takes up to 10 hours to charge a Volt and over 20 hours for a Leaf. The Prius, with its smaller battery, can be charged in three hours.

Consumers may decide to buy a Level 2 charging station to speed things along. These devices recharge through a dedicated 240-volt circuit, similar to that used for electric clothes dryers. According to “Edmunds Car Buying Guide” (edmunds.com), Level 2 charging for the all-electric and the Volt can be done in as little as four hours.

The Volt’s Level 1 charging at 1.4 kilowatts roughly equals running a toaster running for eight hours straight; its Level 2 charging, estimated at 3.5 kilowatts, is similar to a heating and air-conditioning system running continuously for three to four hours.

Chevy estimates that installing a charging station usually runs $1,200 to $1,500. But the tab can go much higher, especially if a household’s electric system needs upgrading to handle the increased load.

All this extra load on the electrical system from PEVs will still reduce the overall emissions of various air pollutants—even when accounting for emissions from power plants needed to produce the energy for recharging, according to studies by the Electric Power Research Institute (Palo Alto, Calif.), a nonprofit research consortium of electric co-ops and other electric utilities. In fact, plugging cars in at night when power costs and demand are at their lowest can actually help an electric system run more efficiently. However, the electrical characteristics of even a smaller number of PEVs could test utilities by lowering the life expectancy of distribution transformers and cables because of increased heating.

Is an EV right for you?

Whether a plug-in electric vehicle fits your lifestyle depends on how many miles you drive daily, whether you can afford the cost difference between an electric and gas-burning car, and how many amenities you want your vehicle to have.

Only time will tell if the peace and quiet ignition of an electric car will replace the traditional engine’s roar. 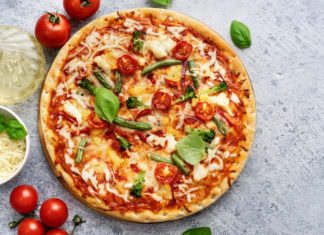