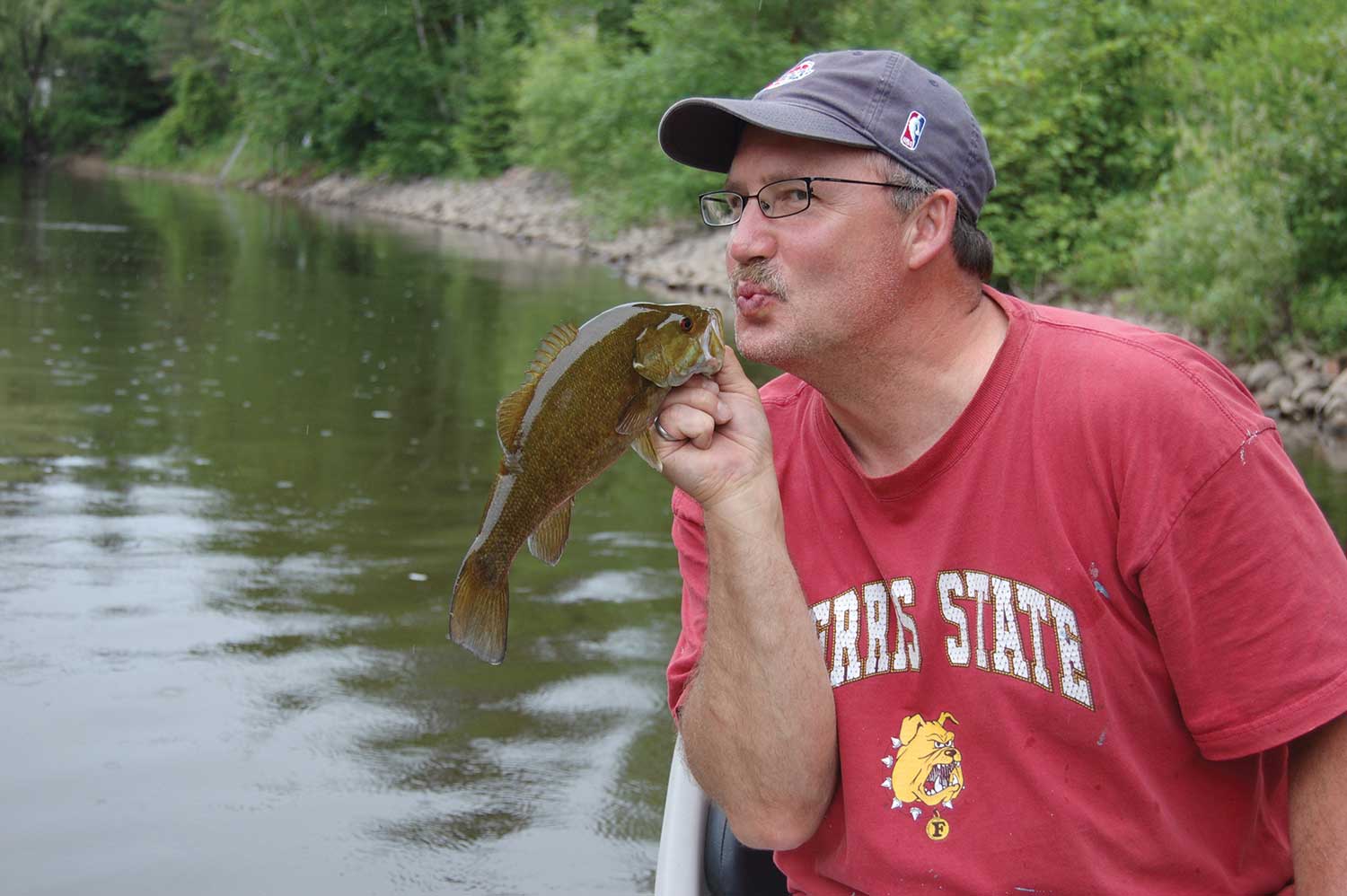 By Andy Duffy, Great Lakes Energy member. A proponent of the bucolic life, Andy lives in co-op country in a rural area near Evart. There, he engages in a wide variety of outdoor activities including hunting, fishing and gathering.

“You and me going fishing in the dark,” wrote a brace of country song lyricists. My dad was a fan of the idea.

Dad grew up when white pine stumps remained from the logging days. Lakes were pristine. I don’t know where he got his fishing knowledge, but he knew about fishing in the dark.

We lived on some derelict farmland perched beside a winding river. I was just a kid with a compulsion to fish.

Dad told me to try fishing at night with a black, Arbogast Jitterbug.

I had the Jitterbug. My yard-mowing income saw to that. My empty tackle box compartments always outnumbered my full ones because I lost lures as fast as I bought them. Trees, old bridge pilings and rocks were anglers’ adversaries, and they beat me often. Because of my dad’s recommendation, though, I always had a Jitterbug.

So, one June night after the final rays of sunlight disappeared in the evening sky, I made my way down the winding path, between patches of poison ivy and snake grass, to the sandbar that lined the river. Mosquitoes descended on me. I swatted.

Still, I dutifully went about my fishing. I made a cast, and then another.

I had little room to fish. Upstream and down, the stream wasn’t safe for someone my age. I was restricted to 30 feet of shoreline. So, I decided to make one last cast and call it a night.

In the dark, I could hear my lure, but I couldn’t see it. When the plug was right at my feet, an unholy commotion shook my world.

Water splashed. A maelstrom opened, and I thought it would suck me in. My heart leaped into my throat. My rod bent. Line zipped through the line guides. I realized I had a fish on. I played it in. It was a smallmouth bass, the first one I ever caught. The world became a magical place for me that night.

Today, Michigan remains an enchanted place. As the song suggests, the magic may come with falling in love in the middle of the night. Or, it might come as a raging monster surging from the water to devour a young angler.

A person can take his pick: One type of magic is probably just as enchanting as the other.